Translation is like a cleaning service – no one notices it when it is done well nor wants to pay for it, but it makes a big splash when things go wrong. It can be highly entertaining to find poorly translated Chinese menu items, like “Assorted Risk Dish / Spicy Bacteria Soup” or “Roasted Husband.” Poor or inaccurate translations can become a serious issue when it concerns matters of life or death. For Willie Ramirez, one word defined the rest of his life. In the case that became known as “the Seventy-One-Million-Dollar-Word,” the incorrect interpretation of the Spanish word “intoxicado” as “intoxicated” — instead of figuring out what this Cuban Spanish word truly means, namely “ill from something ingested” — left Ramirez quadriplegic; a mistranslated word rendered the wrong diagnosis that resulted in the wrong treatment.

There are certain situations when having a bilingual staff member can be highly beneficial and does not create any legal, ethical, or technical concerns. For instance, many bilingual employees would be happy to offer their insight into the company’s foreign-language content. It’s very convenient to be able to turn to a coworker who can help discern whether an email in Chinese is an actual inquiry from a potential client in Singapore or another candidate for the spam folder. A conscientious French-speaking colleague will keep you from over-ordering at a business lunch, because they know that entrée — what most of us assume is the main dish — is actually just the first course on a French menu.

For tasks that are somewhat more complicated than filtering spam or ordering lunch, it is best to remember that translation and interpreting are highly-specialized career fields requiring extensive training and experience. Professional translators and interpreters spend years honing their skills and do not take any assignments lightly. Most choose a particular area of specialization, becoming subject matter experts (SMEs) in their field of study.  For example, medical translators will not generally venture to translate legal texts, court interpreters will not be able to take medical interpreting projects, and conference interpreters will not translate works of literature. There are countless hours of not only language training, but also professional, ethical, and continued specialized education that goes into building proficiency not only in a particular language, but also in a specific subject matter.

Here are some (by far not exhaustive) reasons why your bilingual staff is NOT your best language resource:

Being able to understand more than one language is not the same as being able to convey messages between them in a coherent and idiomatically appropriate fashion, or be able to fully express oneself in both. Many people who are fortunate to be bilingual are stronger in one language over the other. They might be able to understand a second language, and may even be able to speak several phrases, but are not able to carry on a basic conversation in it. Some bilinguals can understand both languages fully, but will struggle for words when trying to render their understanding to others. Even the most fluent bilinguals are not trained as writers to render a smooth translated version of the original text in keeping with its tone, register, or level of formality, or as interpreters, to be able to know how and when to take notes and how to train the memory to retain just enough information to interpret successfully and accurately.

Being able to successfully interpret or translate content between languages does not happen outside of the message context. Even the most fluent bilingual will struggle to correctly convey conversations on macroeconomics or real estate, or to translate papers in nanophysics if they are not proficient in those subjects. Professional translators and interpreters spend a large amount of their time researching and preparing for every project they take on in order to provide the highest quality of work. They understand their responsibility to be accurate and relevant. Communicating incorrect or imprecise information could have severe financial, legal, or safety impacts. 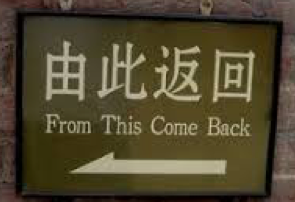 3. Quality Translation is Based in Cultural Knowledge

Bilingualism does not always mean biculturalism. Someone who was born in Spain and moved to the United States as a young child could reasonably maintain both Spanish and English languages and be fully fluent in both. However, their knowledge of the culture of origin might not be as deep as their knowledge of the language. Conversely, language professionals make it a point to study and stay in tune with the cultures of their professional languages. They stay up to date with the latest news in those languages, they know proper ways to refer to geographical, political, economic, and social concepts in those languages and can explain any lack of equivalents of such concepts between the languages. Professional linguists also work hard not to fall prey to false cognates – those “false friends of interpreters” that may sound alike across different languages, but indeed mean very different things. For example, an English speaker may recognize the Spanish word “embarazada” as “embarrassed” when indeed it means “pregnant.” A “sensible” person would mean different things for English, Spanish, and French speakers – one would be “reasonable” in English, but “sensitive” in French and Spanish.

Often, it is just as simple as remembering an employee’s job description. A person is hired based on their qualifications to do a particular job. Unless that job has to do with foreign language knowledge, as convenient as it may seem at the time, it is best not to fall into the temptation of using that sideline language talent and to hire a professional linguist instead. An organization can open itself up to all sorts of employee and client discontent (not to mention liability) when trying to skimp on the proper resources for a project or task. To keep your employees and customers satisfied and to avoid any legal or ethical violations, it is best to remember what qualifications and requirements fall within a job description and stick to those.

Would you ask a plumber to fix your tooth? A math teacher to diagnose your dog? An interior decorator to make you a dress? A mechanic to cater your next party? That’s not to say they couldn’t! There are plenty of amazingly talented people who seem to be able to do it all, and with equal professionalism and grace. Yet they cannot be reasonably expected to excel and be proficient at something other than what they are hired to do. The same is true for the translating and interpreting professions – there are experts you can trust and expect to give you their highest quality of service. Save yourself a headache (and a bunch of money from correcting mistakes) – hire one!