What is language anyway? Where did it come from? And what makes so called sexiest languages so appealing? The answers to all of these questions is actually pretty straight forward. Human beings are primarily social creatures. Our position at the top of the food chain can’t be credited to superior strength, agility or incredibly sharp teeth. We are a dominant species because of one thing: our capacity to  communicate efficiently with one another, form intense social bonds, and as a result, work together to achieve our goals.

The Evolution of Language

We created language as a tool to allow us to communicate with each other, teach our children important skills, and pass down knowledge from generation to generation. Without language, there would be no written history, no science, no literature, and modern life would be unrecognizable.

Language may well be the greatest accomplishment of humankind to date. Of course, not everyone speaks the same language. There are currently more than 6,500 spoken languages in the world today. Most of these languages predate global travel, the industrial revolution, and even the creation of the wheel.

As early human populations advanced, so too did their unique dialects and linguistic styles. With so many languages from ancient Greek to modern English, each having its own unique qualities and sound, choosing a favorite is impossible. So, we’ve compiled a list of ten of the world’s sexiest languages, each with its own reputation for attractiveness. Of course, this list is largely subjective, so please feel free to comment below and let us know what sexiest world language tops your list!

Spanish is an obvious favorite that offers an easy variety of expression and understanding of context. Yet, its melodic and romantic tone, rolled “r” sounds, and diversity of rich accents is known for leaving both men and women swooning and would have many placing it at the top of their list!

French is a language steeped in cultural history with flowing melodic and romantic tones, filled with traditions of romantic poetry, long walks along the Seine at night, and having a glass of wine at an outdoor cafe with a loved one. While it may be difficult for the novice listener to tell the difference between road rage and a love poem by merely listening, maybe that’s why so many love it! Besides our mental image of the language’s sexiness; there are some valid linguistic reasons  for why French may sound so “sexy” to our ears. It has definitely earned its spot on many a sexiest lanugages list! 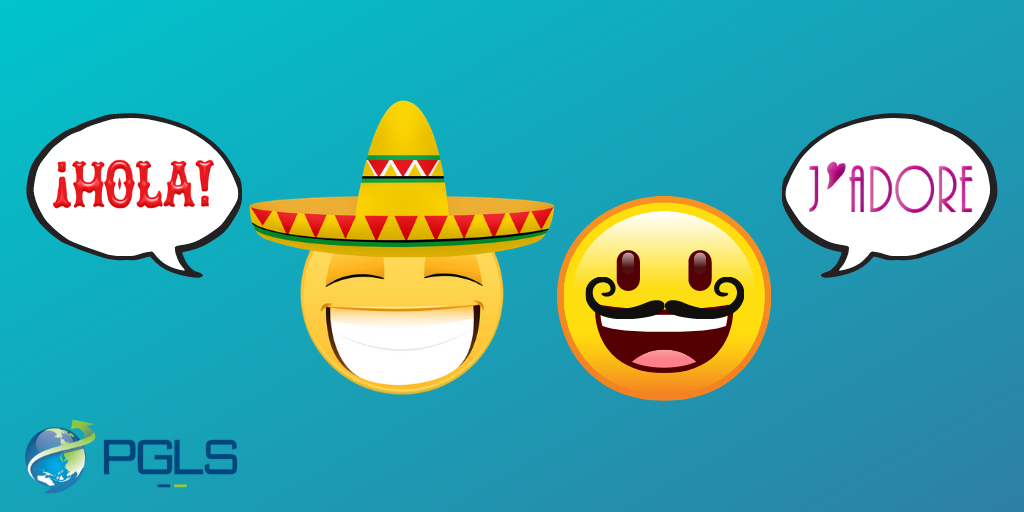 While undeniably the “king” of operatic languages, Italian has a romantic appeal similar to French and Spanish, but with a strong link to its Latin origins. Some suggest that this makes it that much more compelling. Since Italy has a reputation for being one of the most friendly European nations, it’s no wonder so many people feel weak at the knees at the thought of being serenaded by an Italian while riding a gondola through the canals of Venice, or sipping on a glass of wine in the shadow of Rome’s Colosseum.

English is spoken in many regions across the world and comes with its own reputation for attractiveness, from Steve Erwin’s Aussie twang or Colin Firth’s Irish lilt, to the more genteel Queen’s English of Benedict Cumberbatch (technically known as “received pronunciation”). Famous English speakers, coupled with its status as a lingua franca in many parts of the world have increased the popularity of this language. Is it the accents or the language itself that attracts people or does it have more to do with the enormous cultural influence that English-speaking countries like the United Kingdom and the United States have had throughout the world over the last several centuries? We’ll leave that up to you.

Both European and Brazilian Portuguese share a reputation for attractiveness. It’s easy to see why with its long vowel sounds and a musical quality that, in the words of Shakira, ‘nobody cannot ignore’. If we had to choose between the two versions, though, Brazilian Portuguese has mixed with indigenous South American languages, numerous African languages, Spanish, and other languages over the centuries (even Japanese!), giving it a unique flair that edges it out over its European parent, just barely.

Less melodic for sure, Russian is characterized by its seemingly mysterious and sultry deep sound. If the speaker is angry it can be harsh, but similarly, in a more romantic context, Russian can be smooth and enchanting, too. There is also the cultural component of “danger” (if you’ve ever watched a “Cold War” spy thriller), as well as certain linguistic features of Russian, including the rolled “r” and palatalized (soft) consonants.

This would not be a list of the world’s sexiest languages without including Chinese. The obvious issue here lies in the multiple dialects and languages spoken within China. Mandarin acts as the official and lingua franca of most regions in China and is the most internationally recognized version of the language. With a higher base and more sing song quality in the way it’s spoken (as a result of its being a tonal language), along with the deep historical roots of Classical Chinese, a long tradition of romantic literature, poetry, and landscape paintings, makes the Chinese language more than deserving of a mention on this list.

The language of the gods. Many regions have felt the influence of Greek culture and mythology on their modern societies. The names Hercules, Zeus, and Athena are a common part of even English vernacular. As one of the longest surviving Indo-European languages—more than 34 centuries old—Greek is close to the hearts of many. Moreover, if you’ve seen the movie “My Big Fat Greek Wedding,” you’re sure to agree how romantic the Greek language (and culture) can be!

More than 1,500 years old and considered the original language of many mainstream religions, modern Arabic is said to sound similar to French (and, historically, both languages have influenced each other). Its exotic vocabulary and symbolic nature create a strong appeal for this ancient language, along with some of the most beautiful poetry and artwork the world has seen. Linguistically, the sounds of Arabic’s pure vowels (even more prominent in literary Arabic) and its strong guttural sounds and melodic intonation make Arabic a clear choice to be named in this list.

It might well be one of the hardest languages in the world when it comes to learning (and also happens to be one of those rare language “isolates” that linguists are not even sure where it comes from), but Hungarian is said to have a beautiful and rhythmic vibe when spoken. With a stable language structure for centuries, German writer Jacob Grimm once said of Magyar that “the Hungarian language is logical, has a perfect structure and surpasses every other language.” Whether or not this is true, try searching for Hungarian poetry on YouTube and you will see (or hear) what we mean!

These are just a snapshot of the vast array of beautiful and exotic languages to be heard across the globe, each steeped in their own cultural history. Of course, there is no language that can unequivocally be called the “sexiest.” Those languages that we perceive as being particularly “sexy” in the Western world is largely a result of the influence of popular culture and certain romantic archetypes (and stereotypes!). While it’s fun to consider the appeal of different dialects, language is fundamentally a social science beneath it all. Understanding any language is about creating human connections. That has been its wonderful purpose from the very beginning.

At PGLS, every word matters. We work with more than 200 languages, from regional dialects to lingua francas, our dedicated team of accomplished linguists can help you communicate with the world. Contact us today to learn more about our language services.