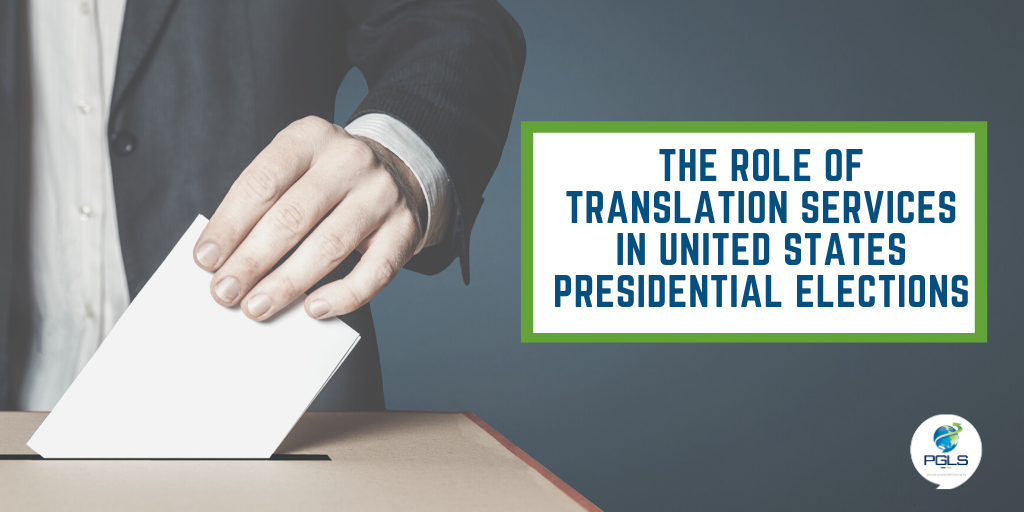 With Election Day fast approaching and more than 25 million Americans considered to be Limited English Proficient (LEP), it’s important to think about the role of translation services in the election process—from campaigning all the way to the ballots themselves. With such diversity in America, it can be a real challenge to reach all of the eligible voters in a way that ensures a fair democratic process. Nevertheless, it is important for state and local government, the campaigns, and non-government groups to not only make sure that everyone — including LEPs — has the information they need regarding the process in a language they can understand, but also that if they are U.S. citizens, regardless of their English ability, they have the right to vote (and what options they have to vote more safely, particularly this year because of the COVID-19 pandemic).

Why Have Language Services for Elections?

If the voter can’t understand the process or even the ballot itself, they’re far less likely to take part in the election. With American ballots so unique and confusing for even many proficient English speakers, the process is made even more difficult for LEPs, some of whom may be taking part in their first democratic vote. Though voting is  an opportunity that many of us take for granted, it’s a civic responsibility that every person who is eligible should be encouraged to take part in.

We’ve touched on this important point before in our blog Non-Profit Translation Services: Supporting the LEP Community, but in a 2014 report, the LEP population rose by a staggering 80% between 1990 – 2010. This is a sizable portion of our uniquely diverse U.S. community. The Voting Rights Act 1965 (then expanded in 1975) requires that all states provide written translations and interpreting services to LEPs once they account for 5% or more of the population. This threshold is nationally recognized, though some states have taken this further to accommodate smaller populations of LEPs they want to encourage to participate in the democratic process.  Colorado, for instance, lowered its threshold to 3%, Arizona specifically hired and trained bilingual staff to provide interpreting services on-site at voting locations, while New York City has made voter registration forms available in Urdu, Russian, Arabic, French and Haitian Creole, as well as English. This innovative approach now allows more than 80% of NYC’s LEP population to fully engage in the election process and have their voices heard.

Are We Reaching Enough Voters?

Even with New York City’s forward thinking, we still have a way to go. Section 203 only provides cover for voters with a history of being excluded from the political process (Alaskan Native, Asian, American Indian or Spanish language minorities). While it is clearly important to continue to protect these often marginalized minorities, we are still left with 401,000 Russian, 456,000 Arabic and 345,000 Haitian-Creole speaking LEPs completely uncovered by Section 203 and without access to language services that would enable them to register and cast their vote as easily as their English speaking counterparts.

This isn’t just a matter of thresholds or percentages. What we’re talking about is individual voting rights and the accessibility of that right. Spanish seems like an obvious  language for which to provide translation services, and it is specifically mentioned in the Voting Rights Act. This should mean that  Spanish LEP voices are accounted for, right? However, due to the structure of Section 203, there are more than 1.9 million Spanish speaking LEPs who live more spread out in communities across the United States, and as such, fall below the thresholds in those areas to be entitled to language support. This is an area we could definitely improve on in the future, lest anyone think that their voices are potentially being overlooked based on language proficiency, background, or where they live.

“We should never require a number from the minority to the majority to accommodate. We never do it for anything else; it’s a civil right. The cost? It’s the cost of doing business,”
-Catherine Crist 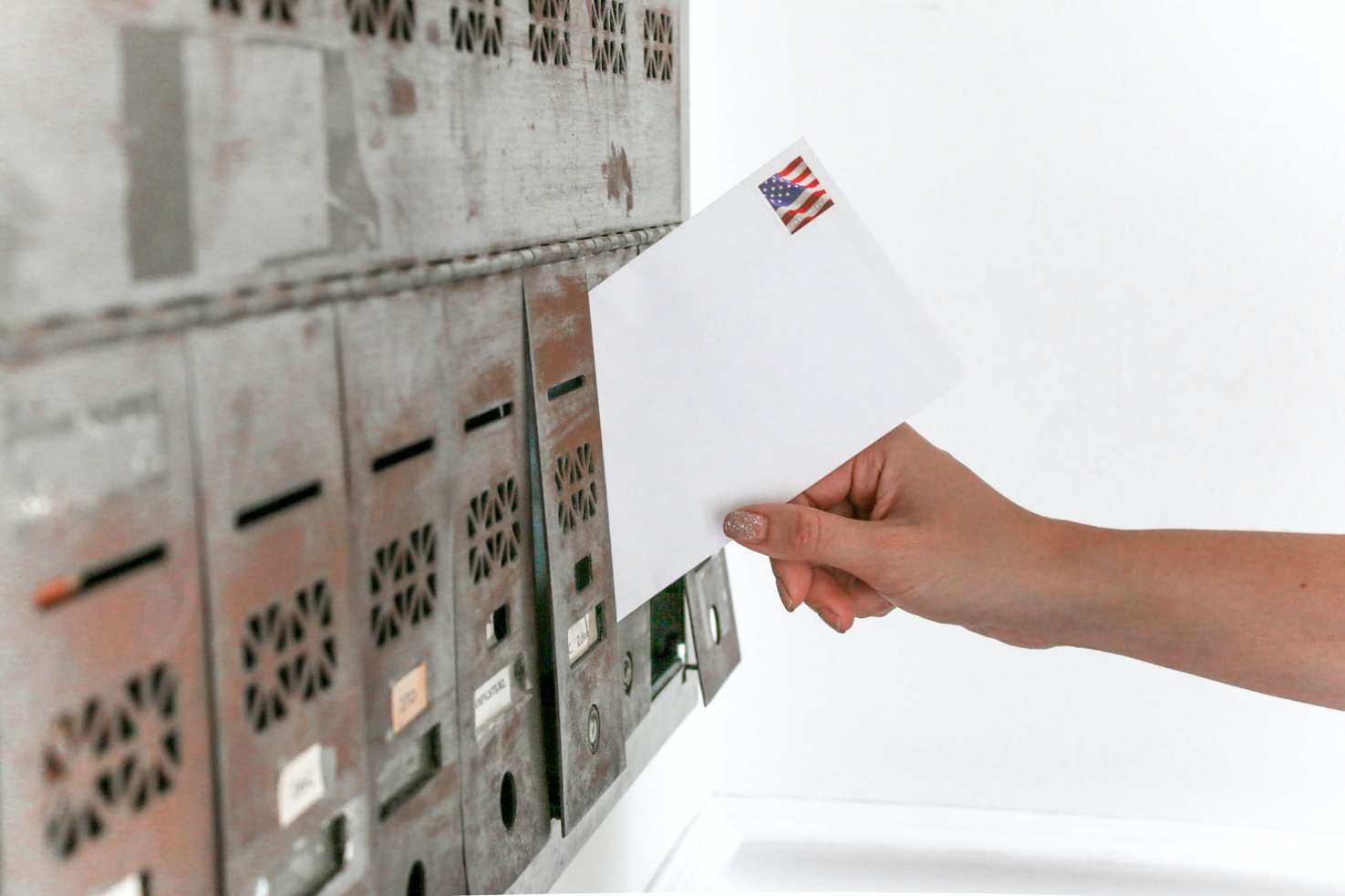 As voting by mail increases due to the coronavirus pandemic, it’s important not to overlook language assistance that is considered when LEPs are voting at their local polling stations. Voters meet with poll workers who sign them in, answer any questions they may have, and help to solve any problems related to casting their vote.

This support just isn’t feasible in a mail-in voting scenario, so in this instance voting material should be clear, concise and preferably available in each voter’s most proficient language. Translations should be readily available and easy to understand so that LEPs can make informed decisions about how to use their vote, even without the helping hand of polling staff. This also means that state and local governments provide information, in multiple languages, on their official election-related websites and that any important government communications are provided in other languages and in a timely manner (such as the location of ballot drop-off boxes or any changes to the voting process, which has happened to a significant degree during 2020 as a result of the pandemic.

In a word, no. Voting information on some election websites has only been made available by using a Google Translate link. Not only has it been stated by the Department of Justice that unclear or inaccurate machine translations are inadequate under section 203, they also specifically state that translations must be “clear, complete and accurate”.

It cannot be stressed enough how important accurate translations are for ensuring that everyone, regardless of the language they speak, has equal access to the election process as long as they are eligible.. Poor translations can convey a misleading message, and relying on machine translation alone leaves too much room for error. Such mistakes could cost candidates votes,risk having valuable democratic votes cast by ill-informed voters, or even lead to contested elections.

Throughout the United States, we benefit from being one of, if not the most diverse populations on Earth. Each one of our citizens deserve the same accessibility to election materials and the election process itself that many of us take for granted. With the right strategy, properly translated website information, brochures, flyers, registration forms, sample ballots, and official ballots, candidates can connect with LEP voters in more diverse communities across the country. Allowing Americans to make informed, independent, and safe voting choices is crucial to the future of our democracy.

At PGLS, we are passionate about including every LEP citizen in American elections. Contact us today to find out how we can help you connect with each member of your community.