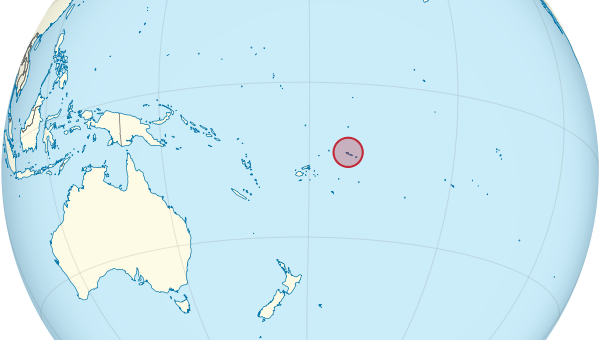 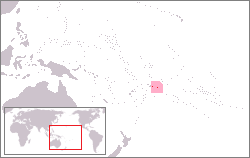 What is the Samoan Language?

Samoan is a Polynesian language and a member of the Eastern or Oceanic subgroup of the Austronesian family of languages.   Although the number of language speakers in this group is very small, their influence is widespread, as many native speakers have moved to other parts of the world, bringing their language and culture to their new lands.

Where is Samoan spoken?

Samoan is spoken primarily in the islands of Samoa and American Samoa located in the Southern Pacific Ocean.    Approximately 470,000 people speak Samoan worldwide.  About 50% of these speakers reside in the two island groups.  People who speak Samoan also have significant communities in New Zealand, Australia, and parts of the United States. (Source:  https://en.wikipedia.org/wiki/Samoan_language )

How did the Samoan language evolve?

Little is known about the origins of the Samoan language speakers before the arrival of the Christian missionaries in the 16th and 17th Centuries. It is believed that the early inhabitants of Samoa and American Samoa may have come from southeastern Asia during the first wave of migration more than 2,000 years ago. The second group, consisting primarily of Europeans, arrived during the Colonial Period in the 17th and 18th centuries.  (Source:  https://www.alsintl.com/resources/languages/Samoan/ ) 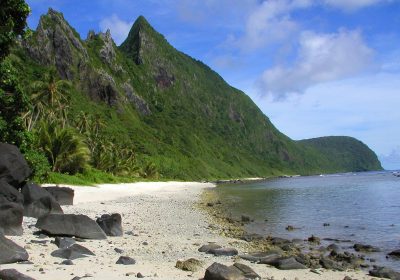 Today, the majority of speakers of Samoan reside in a cluster of islands in the South Pacific.   American Samoa, a territory of the United States, consists of five islands in the Pacific.  The islands are governed by the US Department of the Interior and residents are considered United States nationals.  Most residents are bilingual in Samoan and English.  American Samoa is the southernmost American territory in the world to display the United States flag.
(Source:   https://www.cia.gov/library/publications/the-world-factbook/geos/aq.html , Source:   https://www.loeser.us/flags/states3.html )

Samoa, comprised of a group of nine islands, is an independent nation and has retained much of its native influence.  The official language of the country is Samoan with English used in official government business.    More than 90% of the people are indigenous, with remaining population descendants of Europeans, and Chinese and Pacific Island peoples.   (Source:  https://www.britannica.com/place/Samoa-island-nation-Pacific-Ocean )

Colonialism of the islands began in the 1700s, initially by the Dutch and French explorers.   Later, the English-speakers arrived, establishing permanent ties through missionary work.   Today, English coexists with Samoan as an important means of communication on the islands.

In the 1800s, missionaries introduced a written form to the language, primarily with the motive of converting the natives to Christianity.  The missionaries, using the Roman alphabet, painstakingly added letters to the corresponding Samoan sounds.   Thus, the earliest written documents in the Samoan language included religious items and a translation of the Bible produced by the Christian missionaries.   George Pratt prepared the first grammar and dictionary of the Samoan Language in 1862:   A Grammar and Dictionary of the Samoan language, with English and Samoan Vocabulary.   Not only did the missionaries establish the first writing system, but they also provided a means of distribution of these materials and the methods to learn the written form of the alphabet through printers provided to local schools and villages.

What are some unique characteristics of the Samoan language?

Also, many small words called particles are placed before or after the nouns they modify.   Their role is similar to that of English prepositions, articles, and conjunctions.  Samoan words tend to be short with few syllables.  The typical Samoan syllable consists of a vowel or consonant plus vowel.   Consonants never appear together or in the syllable final position.

An example depicting the unique arrangement of letters and combinations as provided on a basic language website, ilanguages (Source:  https://ilanguages.org/samoan_phrases.php )

What are some good websites to learn and to practice Samoan online?

Many of the Samoan language learning tools online encourage a rapid acquisition of the language by learning key words and expressions.   Some of these include:

https://ilanguages.org/samoan.php   (Focus is on flashcards to learn vocabulary and common phrases.)

So whether to visit the beautiful faraway islands of the Samoan languages, to interact with native speakers, to move a country where Samoan is spoken, or just to experience Samoan sounds for the sheer joy of being a language lover, why not learn Samoan now?