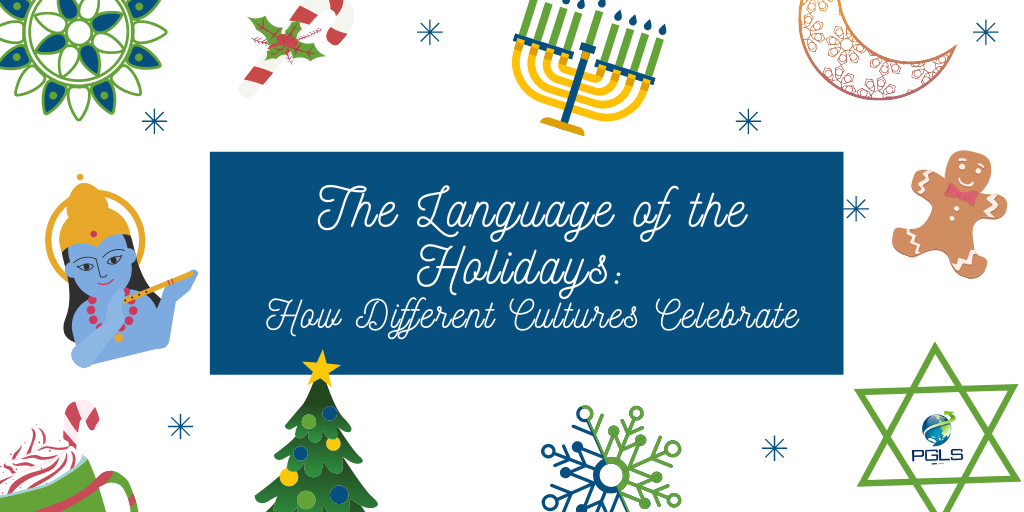 December has arrived. While this year’s festive season may look and feel very different as we continue to make our way through the COVID-19 pandemic, that doesn’t mean the spirit of togetherness and celebration must diminish. “Different” doesn’t automatically mean “worse”. As the global language industry certainly appreciates, the world is full of richly diverse cultures and religions, each with its own festivals and traditions. In a year where ‘normalcy has become newsworthy’ (as Buzzfeed’s article nicely put it), let’s avoid dwelling on how unusual this year’s celebrations may feel. Instead, let’s explore some different celebrations and remind ourselves why we are celebrating in the first place.

Christmas (the Feast of the Nativity)

With close to 95% of Americans saying they celebrate Christmas, this festival is the most popular in the U.S.. For Christians, this represents the end of Advent, and marks the birth of Jesus Christ. Celebrated across the world by billions of people, Christmas comes with an abundance of varying traditions. It’s often marked by prayer services, church-going, and singing of traditional hymns and carols. Cultural practices focus on family togetherness and a heightened sense of community, responsibility, and a spirit of giving. Gift giving, social gatherings, and traditional festive meals are synonymous with Christmas traditions worldwide.

Interestingly, Christmas doesn’t fall in the middle of winter by coincidence. While religious scholars acknowledge ambiguity around the exact date of Christ’s birth, December 25th was chosen by the early Church to coincide with existing popular festivals such as Saturnalia and the winter solstice. These celebrations center around sun worship and take place on December 21st, the shortest day of the year. Back in the day, such festivities served to boost community morale during the cold, food scarce winter months. These celebrations also prompted the practice of decorating with evergreen foliage to symbolize the cyclical nature of the seasons and the assurance that light (spring) will follow (perhaps a poignant message to remember in 2020?). 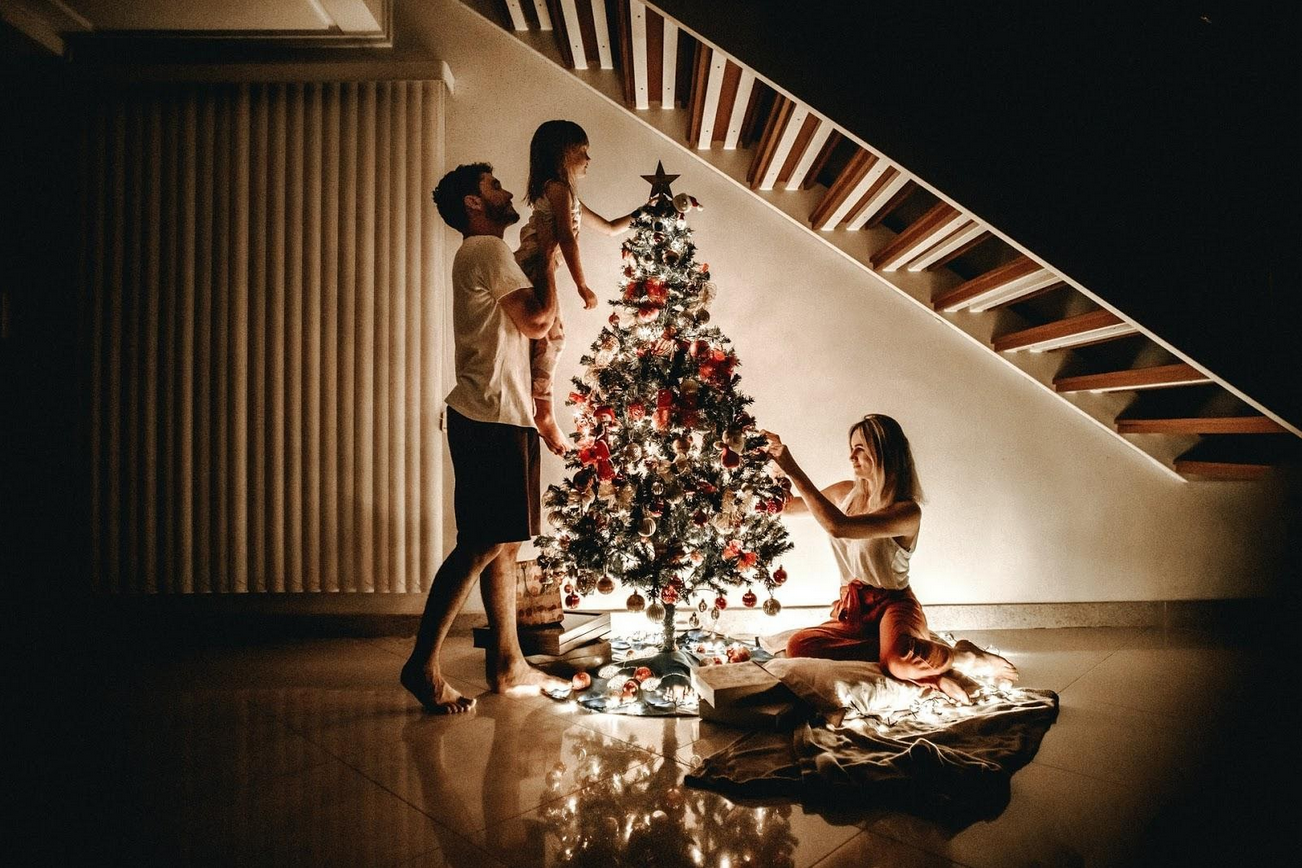 Celebrated with decorations, lanterns, and fireworks,  Diwali is also called the Festival of Lights. One of the most widely celebrated and inclusive festivals, Diwali is often likened to Christmas.  Based on the Hindi lunar calendar, it falls on the 15th day of the holiest month of Kartik, between October and November each year. As one of the most celebrated festivals for Hindus, Sikhs, and Jains alike, Diwali has different meanings and involves varying traditions. Celebrations symbolize the  triumph of light over darkness and good over evil, and typically last 5 days. Jain Diwali specifically commemorates the achievement of Nirvana by Lord Mahavir. Nirvana is significant in Indianreligions. It can be defined as a personal utopia of happiness, peace, and emancipation from the cycle of life, death, and rebirth (known as samsara).. Sikhs in India celebrate Bandi Chor Divas as the day when Guru Hargobind’s unjust imprisonment ended. Dev Diwali is observed in Varanasi, and is usually celebrated two weeks after the other celebrations around India. . Local traditions center around the Ganges River where it is believed that the Gods gather. In keeping with wider Diwali culture, clay lanterns and fireworks are also part of the celebrations of this event.

Celebrating the re-dedication of The Second Temple after the Jewish reclamation of Jerusalem after the Maccabee revolt,, Hanukkah (or Chanukah) is also called the Festival of Lights. Beginning on Kislev 25th in the Hebrew calendar, Hanukkah actually means “Dedication” in Hebrew. The eight-day festival is commemorative of a historical “miracle”— when the lights of the Menorah in the Second Temple remained lit for over a week, even though it only contained enough oil to burn for one day. Jews around the world gather with loved ones during this time each year, celebrating the event with the lighting of a Menorah, giving gifts, and enjoying traditional Jewish festive foods and games, such as spinning the dreidel. 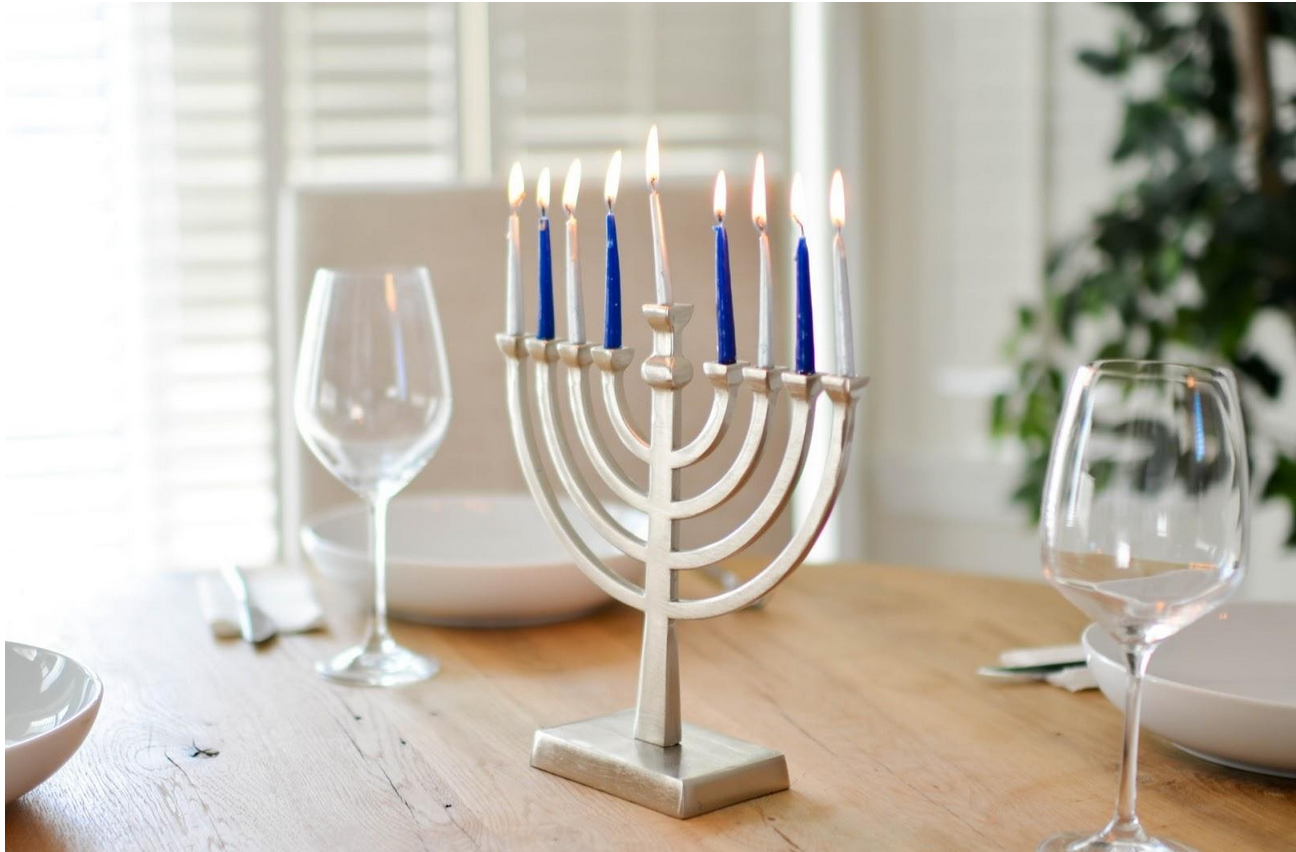 Whereas Lunar New Year (sometimes referred to as “Chinese New Year” is celebrated towards the end of the winter season to signal the beginning of spring, China celebrates the Dongzhi festival during the winter solstice, between December 21st and December 23rd. .  The holiday is related to the Chinese cosmological belief in yin and yang, and as the days grow longer following the solstice, so does more yang energy begin to flow in. The focus of this holiday is similarly placed on family gatherings, raucous celebrations, and , eating! One of the more recognizable treats of this festival are tangyuan (

), which are glutinous rice balls. Communities across China, Taiwan, Hong Kong, Japan, Korea, and Vietname observe this festival by cleaning rigorously in preparation,, decorating homes, lighting fireworks, and giving gifts of money in traditional red envelopes. Much of these practices are thought to bring about good fortune. Food takes center- stage in these celebrations too.  Dumplings are typically served as the symbolic first meal of the New Year.

Japanese New Year traditions are also infused with the concept of good luck or ‘engi’. In a similar fashion, Japanese families will prepare for the New Year by cleaning extensively, and by tieing up any current-year business so that they can begin the year anew. Traditional decorations must be in place before December 31st( ?misoka) to avoid misfortune. December 31st is also the last day to cook celebratory dishes; during the three day festival, it is customary for the kitchen to be left unused. Not only does this tradition promote good luck, but it also allows for more undistracted enjoyment of the festivities with friends and family. 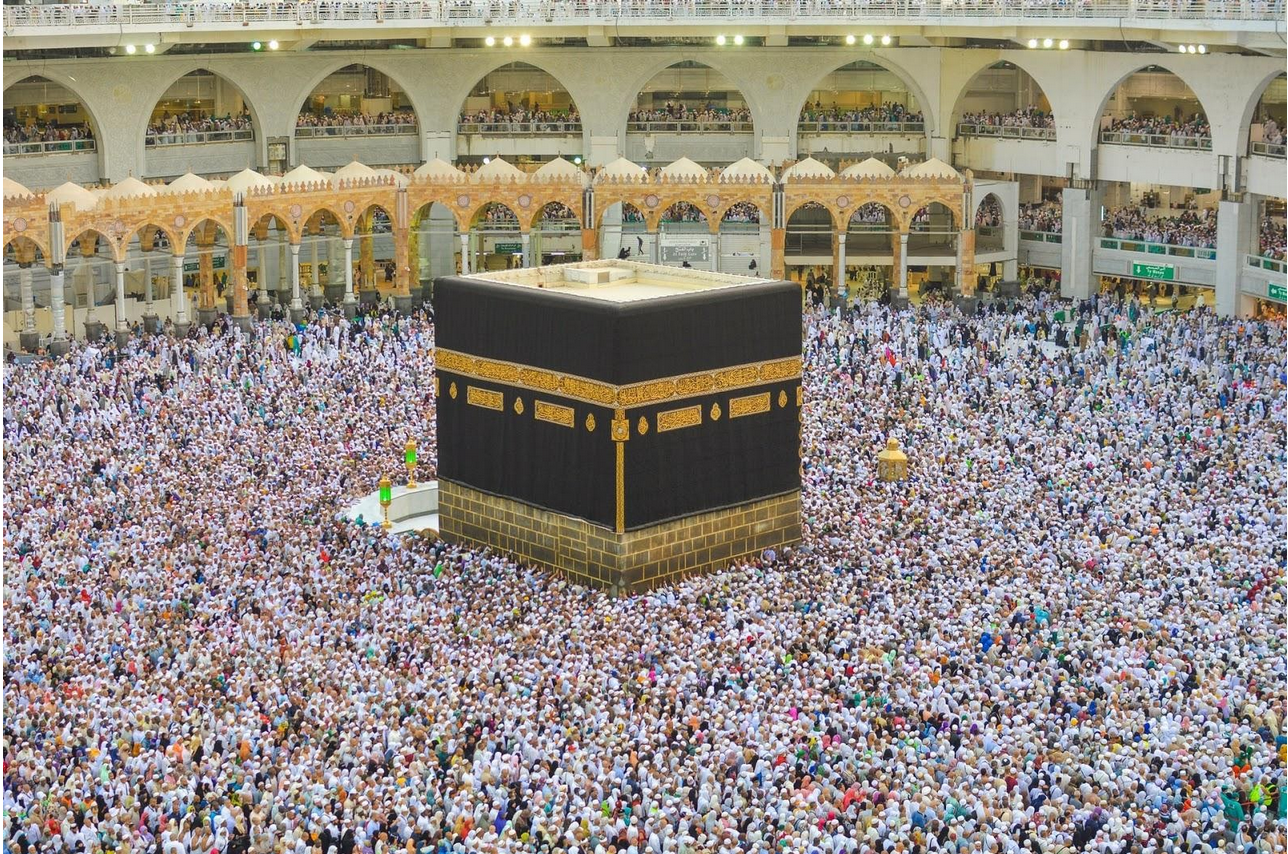 This mass gathering together prompts a lively festive atmosphere that often involves community celebrations as well as family gatherings. Traditional Eid foods such as the walnut, date, and pistachio filled cookie called a “mamoul”. It’s not uncommon for Muslim families to share such treats with their non-Muslim neighbors. This spirit of togetherness and giving echoes that of other festivals of similar significance. In fact, for Muslims, a further charitable donation of a “zakat” is seen as a responsibility during this period each year.

While not directly tied to the religious significance of each festival, there is an undeniable commonality that binds these celebrations. Whether gathering in places of worship, homes, or on the street, each highlights the joy of coming together. Through traditional meals, gifting or charitable giving, the desire to share with one another shines through. It’s a spirit of warmth and kindness that inspires billions to celebrate each year; reaching across language, culture, and religious belief. So this year, while forced to find new ways to engage in our own cultural traditions, perhaps we can reflect on the commonalities we share.  If 2020 has taught us anything, it’s that human connection is what truly matters.

At PGLS, we celebrate the rich diversity of holidays and those who celebrate them. Get in touch today to connect with over 200 language communities here in the US, and around the world.