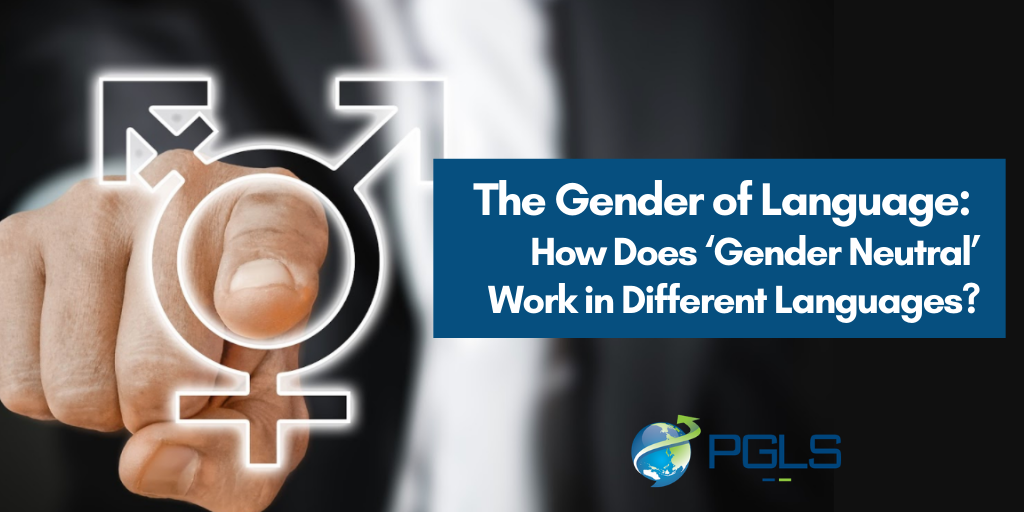 The modern digital age has brought many new challenges, but it has also increased the speed and breadth of cultural change on a global scale like never before. While cultural and linguistic patterns are constantly evolving, the kind of monumental shift such as the complete gender neutralization of language would conceivably take hundreds (if not thousands) of years. Yet today, changing attitudes and a thirst for activism has mobilized younger generations to influence change within a few short decades. From the rise of feminism demanding less sexist language to the continuing LGBTQI+ civil rights movement highlighting the need for more inclusivity, languages around the world  are beginning to address gender neutrality as it relates to language..

As with many other languages, Spanish is gendered in its nouns and pronouns. Nouns have masculine and feminine forms—“el” for male and “la” for female. The usage depends on the context. The addition of “@” or “x” to denote linguistic inclusivity has become most prevalent within American Spanish-speaking communities. After Mexico, the US is home to the second largest Spanish speaking population anywhere in the world. Here in the States, it is the younger generation driving social and  linguistic change. The term “Latinx” is most often preferred as a more “gender neutral” form of “Latino/Latina.” The trend is continuing to spread among younger Spanish speakers in other regions, too. Primarily through social media platforms like TikTok and Instagram, younger and more progressive populations in Latin America are also beginning to refer to their friends as “amix” rather than ‘amigo’ or ‘amiga’, making similar stylistic changes more likely to gain popularity as time goes on.

The most notable case of this shift is in Argentina with school-aged children favoring a genderless “e” over masculine or feminine word forms in their school writings. Even news media have moved towards more inclusive language in their reporting. Recently, one young person was questioned about their use of neutral language during a televised report. However, usage of these emerging terms is not yet widespread by any measurement. Unless communities agree to universally demand the change, it’s unlikely that this linguistic change would become the norm. 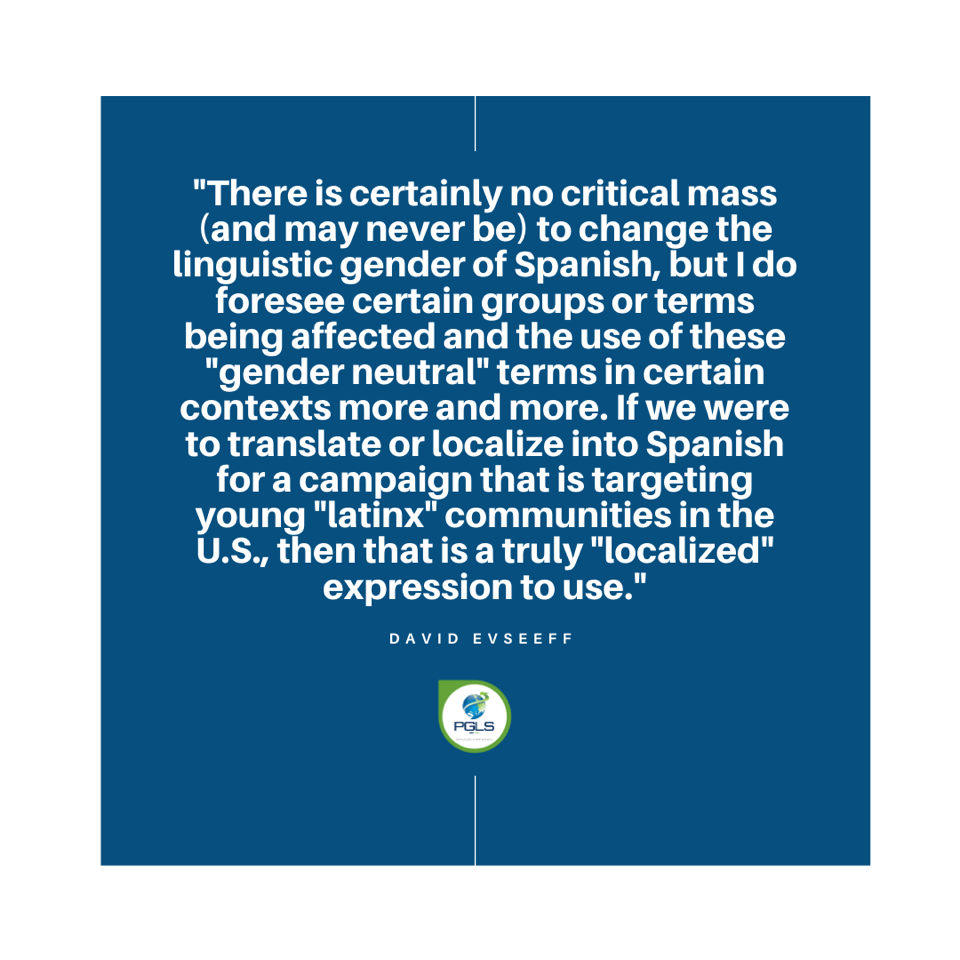 As the most used language on the internet, and heavily favored by world media, English could be considered the language that  kickstarted gender neutral language trends. English syntax lacks gendered verbs and, for the most part, nouns are largely genderless. This allows a move towards gender neutral language with relative ease. English speakers’ cultural shift towards gender inclusivity predates social justice movements, such as the call or LGBTQI+ gender language neutrality.  To combat sexism and promote equality, previously gendered terms such as ‘‘actress’ have been dropped in favor of the male term ‘actor’ to refer to all genders. Many terms that were traditionally gendered such as “congressman”, “policeman,” and even “mankind” have been replaced with the more gender inclusive denotations of “legislator”, “police officer” and “humankind”.

A cultural example of this can be seen in the reworking of a famous Star Trek Mantra. The highly recognizable phrase “where no man has gone before” has become “where no one has gone before”. However,  although pronouns like “he” and “she” are sometimes replaced with neutral forms of “them”, “they” or even “it” (among many other iterations), there remains disagreement in the practicality of the usage of plural pronouns in place of singular as well as disagreement among English speakers as to what constitutes ‘official’ new language terms. While such disagreement will probably continue, it seems unlikely the demand for less gendered language will disappear any time soon. 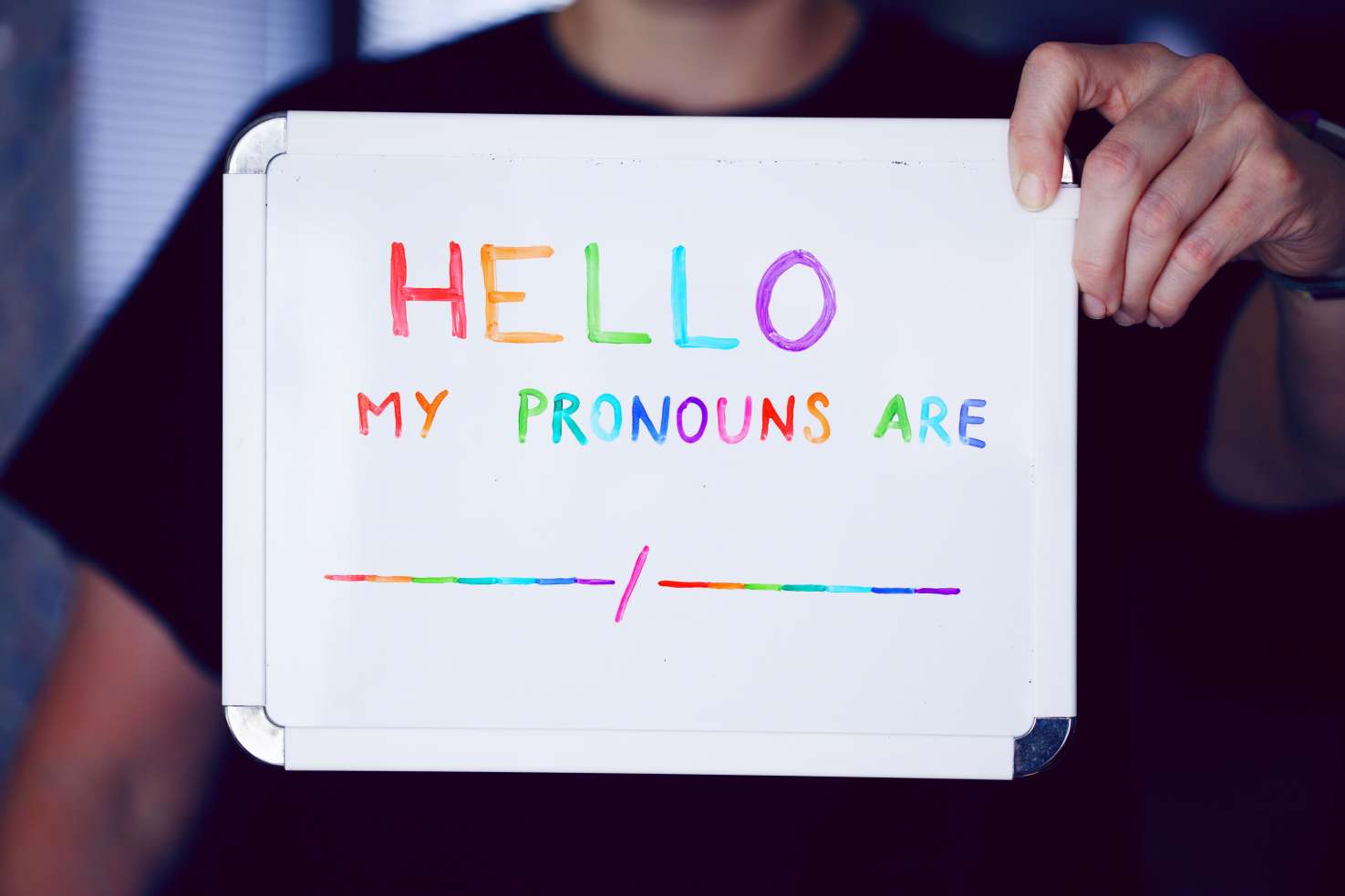 In the Swedish language, the noun ‘’hen’’  has come into use as an alternative for the words ‘’han’’(he) and ‘’hon’’(she), inspired by the gender neutral Finnish word ‘’han’’ (he/she). In the early 2000s, the LGBTQI+ community and some academics began using it to describe both binary and non-binary individuals alike. It gained popularity after being used in the children’s book Kivi and the Monster Dog; this usage inspired a Swedish magazine to release a whole issue using only “hen”. Despite Sweden’s largest newspaper vowing to never use the term along with the Swedish Language Council telling everyone to avoid using it, the word “hen” was subsequently added to the dictionary in 2015. The council has since changed its official position to ‘’use the term with care’’.

German is one of the most difficult languages in which to incorporate gender neutrality with four cases and grammatical gender applying to every word. This creates an obvious barrier to introducing new pronouns. Though challenging, this hasn’t stopped the progression of gender neutral language; the addition of underscores(_) or asterix(*) are used to include all genders in a written phrase. One might also write ‘’liebe Nachbar_innen/NachbarInnen or Nachbar*innen’’ instead of the masculine ‘’Nachbarn’’ or the feminine ‘’Nachbarinnen’’. In an effort to get around grammatical issues, speakers also convert certain nouns to verbs changing “thanks to all visitors” to ‘’thanks to everyone who visited’’ for ease.

In French, while ‘they’ traditionally translates to ‘’ils’’ (which refers to male and ‘’elles’’ for female),  the pronoun ‘’iel’’ is used to refer to a non-binary person. Similarly, normally masculine words end in consonants while feminine words have an additional vowel added to the end (usually e), the inclusion of a dot between the consonant and the vowel is used to include all genders.  For instance, while ‘’neighbor’’ would have to be either ‘’un voisin’’ or ‘’une voisine’’ depending on gender, one might use ‘’un.e voisin.e’’ as a gender neutral alternative.

Semitic languages present a far more complex environment for gender neutral language. Most of the aforementioned languages have usable, if debated, genderless pronouns and verbs. Since the default language used in Arabic is masculine, any move towards gender inclusivity presents a challenge for Arabic speakers. However,  some younger,  less traditional Arab communities are making an effort to create more gender neutral language patterns. While terms such as “huma” or “antuma” do exist to refer to non-binary people, this is not as widely used as in other languages.

The Role of Translation Services

The solemn duty entrusted to the global translation industry is not to create new words, but to facilitate communication between groups of people and societies. e. In other words, our role is not merely to translate, but to break down language barriers. The importance of accurate translation can never be overstated, from legal translations to medical interpreting and of course the translation of vital public health information. However, proper localization is absolutely necessary to preserve the intended meaning for new language recipients. This is why professional translators must be both native speakers and deeply culturally knowledgeable of the languages they work with. This becomes especially important when considering gender in language. 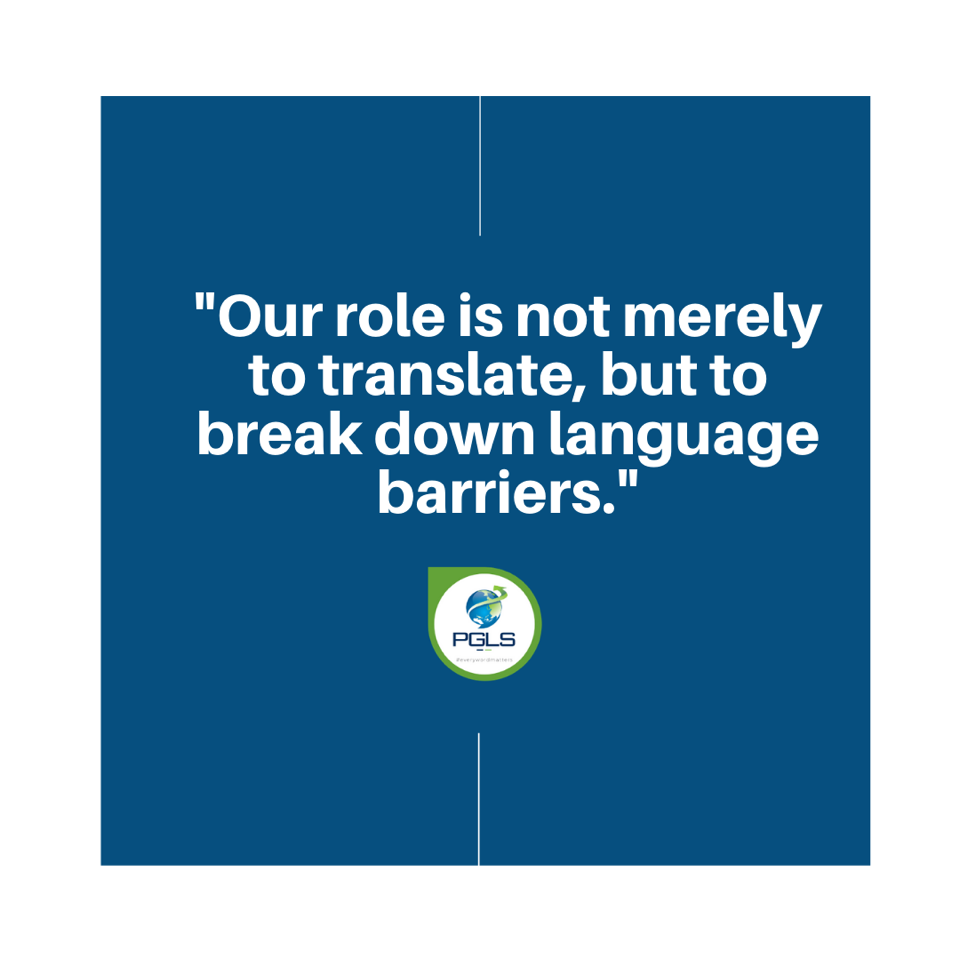 As we discussed in our blog How Language and Culture Shape Our Human Experience, language places great influence on the attitudes and culture of native speakers. Translators will tell you that word choice is heavily dictated by the local target audience, with the potential for even a simple phrase in one language to be a huge faux pas in another. This provides linguists with an interesting task, to deduce when and how, if ever, to employ the use of new, sometimes controversial gender neutral terms in translation services. While the language industry considers language preservation incredibly important, it’s also crucial that we remain flexible and responsive to how world languages and cultures continue to evolve. With any translation, the goal is to translate the message clearly from source to target language.

At PGLS, we aim to promote inclusivity and respect for all languages and those who speak them. Whatever your language preference, we will help you communicate exactly what you want to say. Contact us today to find out more!