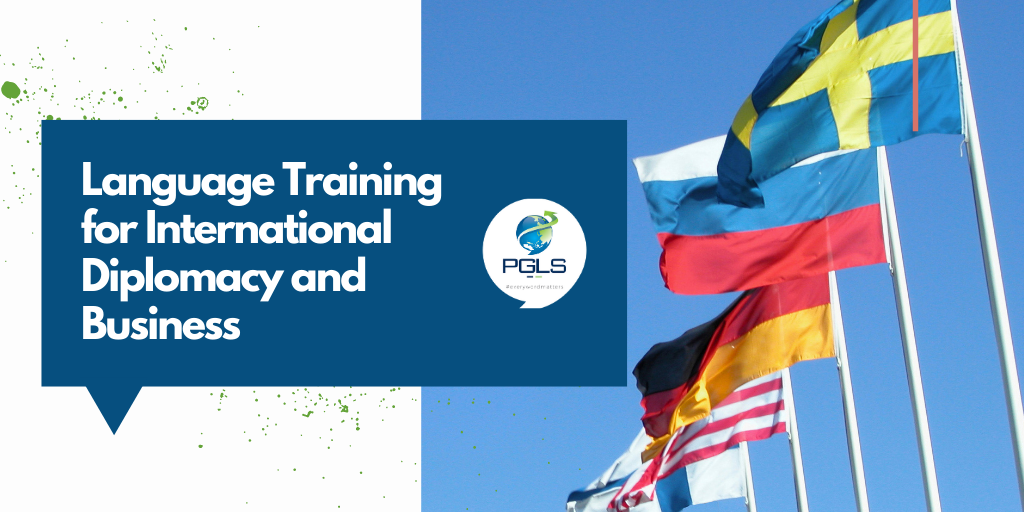 “If you talk to a man in a language he understands, that goes to his head.

If you talk to him in his own language, that goes to his heart.”1

The Business of Language

The languages that we learn are more than just means of communication. Using only words, diplomats can start a war or end a hostage negotiation. Business leaders can create their vision of the world and persuade their counterparts across the boardroom table to invest in it. The Diplo Foundation, a non-profit foundation established by the governments of Malta and Switzerland, writes that this understanding of language as action, known as the Speech Act Theory, “is significant for diplomacy, since it confirms that diplomatic interventions and communications are not just a means to an end, but may be ends in themselves.”2

The same lessons must be applied in the increasingly interconnected world of international business, where language skills have proven to be just as important. Fundamentally, diplomats and business leaders “act on the world through language. It is therefore important to understand what exactly they are doing by means of the language they use.”3

Lack of Bilingualism in the US

Unfortunately in the US, when language training is mentioned, most people think back to everything that they have forgotten from their high school Spanish class. While experts estimate that approximately half of the human race is bilingual, only 20% of the American population is able to converse in two or more languages. In an online live panel discussion with The Guardian, Bill Rivers, Executive Director for the US Joint National Committee for Languages, accurately summarized the unique relationship that the US has with foreign languages: “We’ve a cultural tendency to look for quick solutions.”4 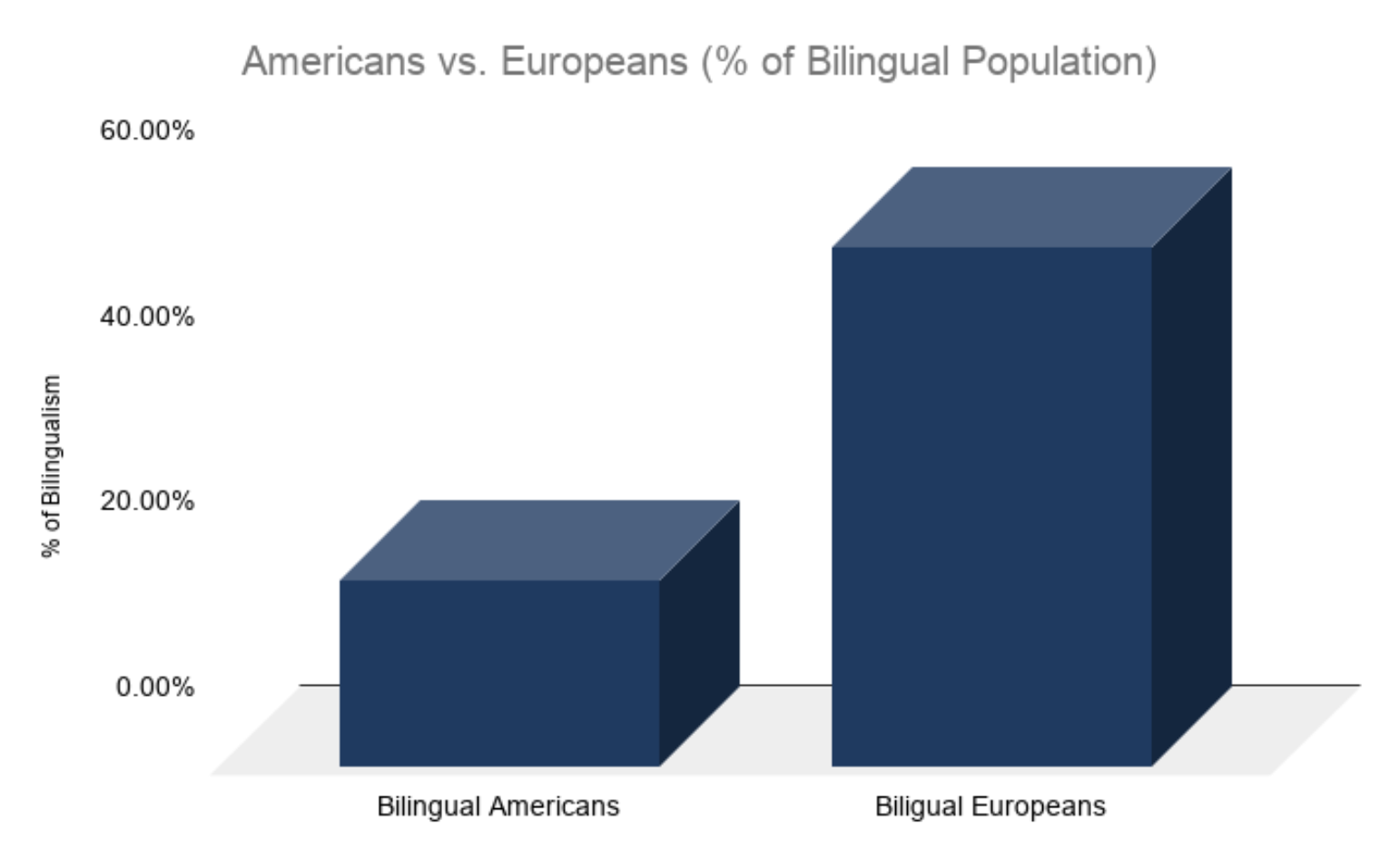 Despite today’s globalized society, there are still many factors that contribute to the lack of bilingualism here in the US, Relying too heavily on outdated foreign language workbooks, for instance, or on neural machine translation software can land you in hot water if you’re not careful. Effective, responsible language learning requires a program administered by language professionals who ensure you learn appropriate language skills coupled with poignant cultural references. If we refuse to change our monolingual attitude and fail to invest in professional language training, we will be left behind. We can no longer afford to employ these quick solutions — the stakes are just too high.

On February 14th, 1979, Adolph “Spike” Dubs, the American Ambassador to Afghanistan was kidnapped in Kabul. He was held hostage in room 117 of the Kabul Hotel where he was ultimately killed in a 40-second shootout between the hostage-takers and the Afghan police who were acting under the direction of the Soviet embassy. As author Paul Simon wrote in his book, The Tongue-Tied American: Confronting the Foreign Language Crisis : “Before the tragic slaying, so the Washington Star reports: ‘[U.S.] Embassy officials had a brief chance to seize the initiative because they reached the hotel before Afghan police. But no one in the American party spoke fluent Dari or Pashto, the two most widely used Afghan languages, or fluent Russian.’”5

The primary function of diplomacy is communication between nations. According to the US Department of State (DOS), foreign service employees “represent the American people, advocate U.S. interests to the rest of the world and are America’s first line of defense in a complex and often dangerous world.”6 As such, language training should be seen as the most essential part of international diplomacy and international business.  “Diplomats engage in negotiations, persuasion, presentation, and communication, all of which necessitate language skills for the effective conduct of diplomatic work.”7 How can one advocate for the nation’s interests or negotiate for a preferred outcome without the basic ability to communicate across language and culture? The challenges of the 21st century require multilateral cooperation on multiple fronts — from climate change and environmental crises, to global pandemics and shocks to our interconnected economies. Without a multilingual approach, we will continue to talk past others, we will continue to fail, and will remain doomed to repeat the past.

US DOS Perspective: The Role of Language in Diplomacy

The US DOS’ perspective on the role of language in diplomacy has been evolving since the turn of the century. Dr. Gail McGinn, Senior Language Authority at the Department of Defense “recently noted the need to dramatically increase the number of personnel proficient in key languages such as Arabic, Farsi and Chinese to meet the expanding requirements for language and understanding of foreign cultures.”8 Additionally, Ruth A. Whiteside, the former director of the Foreign Service Institute, wrote in a 2008 article titled American Diplomacy and the Foreign Language Challenge:9 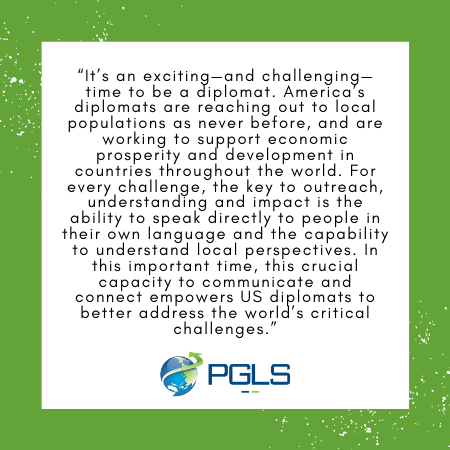 Language training is more than simply learning the right words to say. It is about how we connect to others who come from a different part of the world. Language training for international diplomacy and business must take into account the cultural context of the language. In order for diplomatic training to be effective, former British diplomat Charles Crawford asserts: “Diplomats ought to know a little about the top 20 writers, poets, sports people, books, pop songs, legends, famous history moments, swearwords, jokes etc in any country they are going to.”10 This cultural competency ensures that, as British Foreign Secretary William Hague put it, diplomats and business leaders will be able to “get under the skin of a country and really understand its people.”11

In psycholinguistics, the Sapir-Whorf Hypothesis posits that the language spoken by an individual plays an important role in shaping her thoughts and actions. A significant part of learning a language involves changing the way our minds work, expanding them to include new perspectives and a new understanding of the world. If they are not careful, organizations might invest in language training that does not necessarily take the cultural context into account. It is only through intensive language training and cultural immersion that one can begin to understand the way that others think, and it is only through that understanding that we can truly break down barriers. 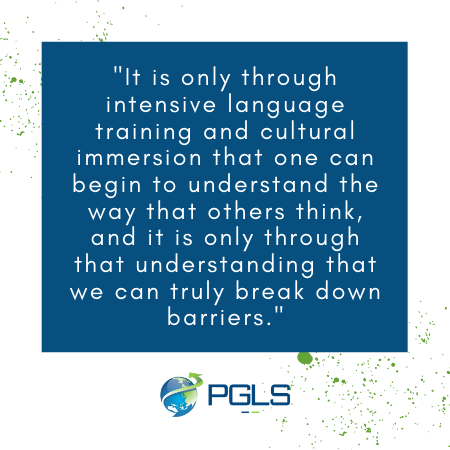 The following reflection of an American interpreter during his ACTFL-certified training for the Peace Corps demonstrates the need for cultural competence in language training:

During our 10-week intensive language training in Panamá, we covered cultural ideas like locus of control in collectivist vs. individualist cultures. In the latter, people believe that the individual is ultimately in charge of their own destiny, while in the former, the commonly held belief is that most things are outside of our control. I understood this concept intellectually, but there are some things that have to be experienced firsthand to be fully understood. In the afternoon, I would visit the house of one of my community counterparts, Marcelino Alabarca. We would drink coffee and engage for hours in small talk. Each day, I would attempt to schedule a time the following morning to work on his coffee farm. “Si Diós quiere,” he would respond (translated as “God willing”). After hearing this for several days without any follow through, I became frustrated. So, taking matters into my own hands, I came down to Marcelino’s house the next morning, ready to work. Marcelino sighed, “You want to go to the farm? Alright, let’s go.” “Great! I’m finally making progress!”, I thought to myself. However, when we arrived at the river, Marcelino looked at me knowingly. It had rained the previous night and the river had swollen its banks. The turbid water rushed rapidly over the stepping stones leading to the other side. There was no way to cross safely. “Si Diós quiere,” he chuckled. I learned my lesson that morning as we returned to Marcelino’s house for another cup of coffee.*

PGLS has the experience and understanding necessary to adequately prepare diplomats and international business leaders for the challenges of our interconnected world. We have a longstanding partnership with the Defense Language Institute (DLI), the Department of Defense’s premier school for culturally-based foreign language training. We also have a longstanding partnership with the US DOS’ Foreign Service Institute (FSI), in which we train embassy staff before they are sent overseas. But our work is by no means limited to the public sector. We have extensive experience with numerous multinational corporations designing and implementing orientation and language immersion programs for new employees.

PGLS offers language training in several signed languages as well as in more than 200 spoken languages, including Arabic, Chinese, Farsi, Dari, Hindi, Urdu and others deemed to be of critical-need by the US DOS. Additionally, PGLS has followed the US DOS’ lead by “expand[ing] and enhanc[ing] language and area training to more advanced levels including focused targeted in-language media training and other job-specific modules designed to meet the needs of the 21st century foreign affairs professional.”12 This extensive experience has enabled us to rise to the top of elite language training programs in the US, offering a growing and robust language training program both on-site in Arlington, Virginia and online throughout the country.

As an active member of the American Council for the Teaching of Foreign Languages (ACTFL), we fully support the council’s advocacy for legislation that earmarks funding for the expansion of public school foreign language programs. It is vital that our children begin learning new languages at a young age if they are to achieve fluency. ACTFL proficiency guidelines remain the gold standard for understanding language fluency. Speakers at the Distinguished level demonstrate the ability to “reflect on a wide range of global issues and highly abstract concepts in a culturally appropriate manner. Distinguished-level speakers can use persuasive and hypothetical discourse for representational purposes, allowing them to advocate a point of view that is not necessarily their own… often using cultural and historical references to allow them to say less and mean more.”13 It is important to note that, as Matthew Rycroft, CEO of the U.K.’s Foreign and Commonwealth Office, pointed out, “however good diplomats are at languages, they will never be as proficient as native speakers.”14 This is a basic fact of language learning — no matter how hard you try, you can never fully get rid of your accent. 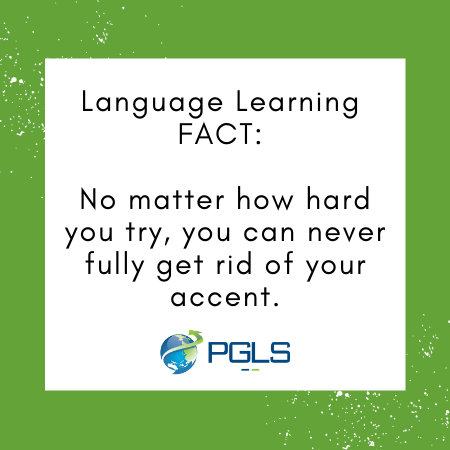 Overall, it is more important for diplomats and business leaders to have functional language skills rather than complete fluency. Speakers at the Advanced level of the ACTFL proficiency scale “engage in conversation in a clearly participatory manner in order to communicate information on autobiographical topics, as well as topics of community, national, or international interest… These speakers can also deal with a social situation with an unexpected complication.”15 Unexpected complications are commonplace in diplomatic and business settings, and the ability to stay flexible under pressure is vital. International counterparts will appreciate the effort being made to address them in their native language. Reaching across the language barrier shows a basic respect for our common humanity — refusing to make the attempt, however, reinforces cultural stereotypes about the Anglophone superiority complex, limiting and quite possibly damaging international relations.

In business as well as in diplomacy, multilateral solutions require a multilingual commitment. Invest in language training with PGLS and rise to meet the challenges of an interconnected world.

Reach out, or read on to learn more about our language instruction and training.