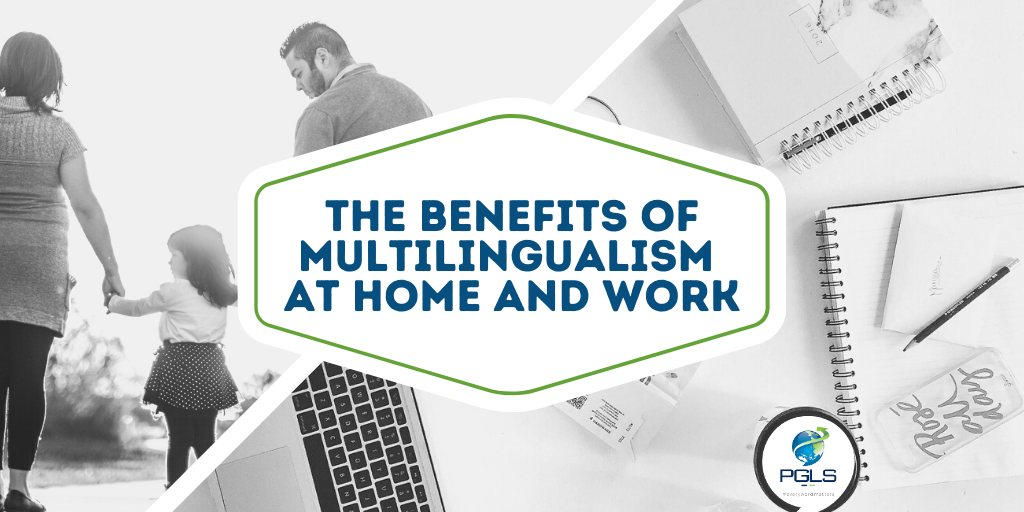 Some argue multilingualism and language learning will become essential in the future. In reality, it already is. Without this crucial skill of so many, we wouldn’t have effective international cooperation, a prosperous global marketplace, and our (usually) thriving world travel industry.

Monolingual individuals are more likely to be English speakers than people of any other mother tongue. In our increasingly globalized world, there may not seem to be a need to learn other languages. But does that mean there is little value for English speakers in pursuing this crucial life skill? Research and experience has shown that there certainly is. In this blog, we’ll explore some of the benefits of multilingualism, both professionally and personally.

Can language learning make you more open minded and empathetic? Through the language of a region, you learn more about that region’s history, culture, and even the people themselves. Linguistic nuances show us how cultural differences come about and makes the listener more socially aware of other perspectives. It’s even suggested that children who grow up being exposed to more than one language gain the benefit of increased empathy and the ability to more easily see other points of view.

Multilingualism can undoubtedly help you in your career, from affording expanded networking opportunities to a more in-depth understanding of other cultures and cultures, to enhanced cognitive abilities. As such, many employers, particularly in the government sector, even provide lucrative signing bonuses for employees with certain in-demand language skills. Language skills can help you succeed and even help you pursue more career options than would be otherwise possible. You could even pursue a future within the vibrant global language industry one day.

The effort of constantly swapping between languages inside the mind makes multilinguals very adept multitaskers, which is one of the most important “soft-skills” in today’s face-based information age.

Ellis Paul Torrance’s 1962 TTCT (Torrance Tests of Creative Thinking) were used to measure the problem solving skills or ‘divergent thinking’ capacity of individuals in relation to flexibility, originality, elaboration, and fluency. A study conducted by the University of Mashhad *found that it was clear that bilinguals performed better than their monolingual counterparts, not just in one or two but in all four key areas of focus. This is great news for those hoping to improve their problem solving ability or increase creativity! There is no need to stare vacantly out of the window or throw paint blindly at a canvas. Instead, just pick up that book on Classical Chinese and dive right in! Or you know, start slow.. Whatever works. 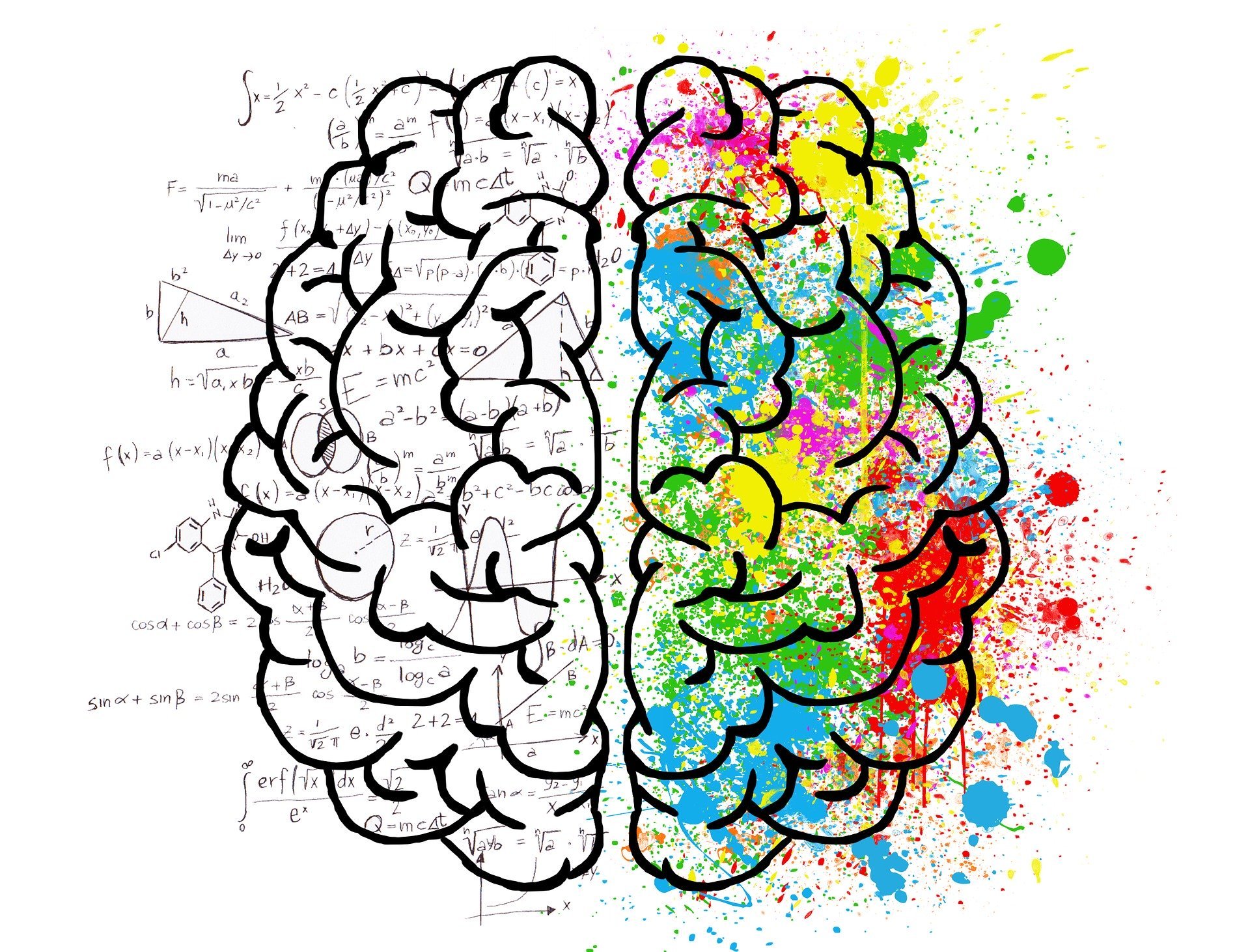 It doesn’t stop there, another study conducted by the University of Chicago found that people who are fluent in more than one language were actually shown to make more rational decisions. This could be attributed to the fact that all languages have innate cultural biases baked into the grammar and vocabulary, which can shape how a person perceives a given situation.

Multilingual speakers have more linguistic frameworks at their disposal, so even when listening and speaking in one language, they have the benefit of the different perspectives of their other spoken languages. This can allow multilinguals to use more analytical approaches when thinking about problems rather than relying solely on linguistically influenced ideas.

We’ve all heard that ‘practice makes perfect’. This idea is an ideal example of how mastering new languages enables you to perform better socially and professionally. Multilingualism even protects your brain against the negative effects of degenerative neurological diseases in later life.

In fact, in a Luxembourg study it was discovered that multilinguals are actually at lower risk of both Alzheimer’s and dementia than monolinguals. This protective benefit of multilingualism also increases with the number of languages practiced. Those fluent in four or more languages were found to have the lowest risk overall, being actually five times less likely to develop cognitive problems.

Four languages for beginners may sound like too many, but by learning just one new language, you are gearing your brain up to learn more languages even faster than the first. This is why anyone who has mastered French or Spanish will have a much easier time picking up other Latin-based languages (more commonly known as the “Romance Languages”), such as Portuguese, Italian, Catalan, and even Romanian. What a great reason to travel the world!

Travel is Even More Rewarding

Without the added worry of confronting a language barrier, you are free to fully immerse yourself in the local culture and gain invaluable insights into other people and communities around the world, not to mention get tips from the local on the best sites to see that are off the beaten path and the best restaurants where the locals frequent! This is especially true if you’re fluent in a language spoken in different countries or you’re fluent in more than two languages.

Business Benefits of a Multilingual Team

The benefits of multilingualism are ten fold when you’re surrounded by even more multilinguals! While it’s not advisable to rely on these team members to perform important translation tasks (unless they also happen to be professionally trained and certified translators), having talented multilinguals as part of your team has numerous advantages for any business. These valuable additions to your business can help increase your cultural awareness of new consumer audiences, aid your company’s integration into new marketplaces, and improve your professional relationships with local suppliers, businesses, and even regulatory bodies. Not to mention, when brainstorming about new marketing or business development ideas, you can take advantage of their enhanced creativity and different perspectives.

Is Language Learning Worth it?

There is much more to language learning than basic communication. The part of the brain involved in thinking and switching between two or more languages are enhanced due to being used almost constantly. These advantages can be experienced in all areas of life. With multilinguals benefiting from improved memory, greater reasoning skills, and even problem solving, they have a distinct advantage over monolinguals in, lets face it, almost every way.

If you’ve ever seriously thought about learning a new language, there’s never been a better time. PGLS offers customized language training programs to individuals and groups. The PGLS approach can bring mastery of a new language, and all of the amazing multilingual benefits well within your reach. In today’s culturally rich and wonderfully diverse world, multilingualism may well be the key that opens the door to a much more rewarding human experience for everyone.

At PGLS, we’re committed to language learning and increasing awareness of the benefits of multilingualism in our communities. Contact us today to learn more.