And Its Growing Importance In American Society

Around five o’clock every day during the Novel Coronavirus (COVID-19) crisis, Los Angeles Mayor, Eric Garcetti, delivers an update on local government actions to manage and contain the pandemic. After he delivers his address in English, he does a slightly abridged version of the same address in Spanish. Standing next to the mayor throughout his address is a sign-language interpreter, a fixture which Americans have grown accustomed to over the years, especially during announcements concerning impending natural disasters.

Three (or possibly even two) decades ago, this trilingualism on the screen would have been a rarity. However, since roughly 20 percent of the entire population of the United States now speaks a language other than English (LOTE) at home (and 31 percent in the country’s 15 largest metropolitan areas), it is fairly uncommon for government addresses to be conducted solely in the English language. 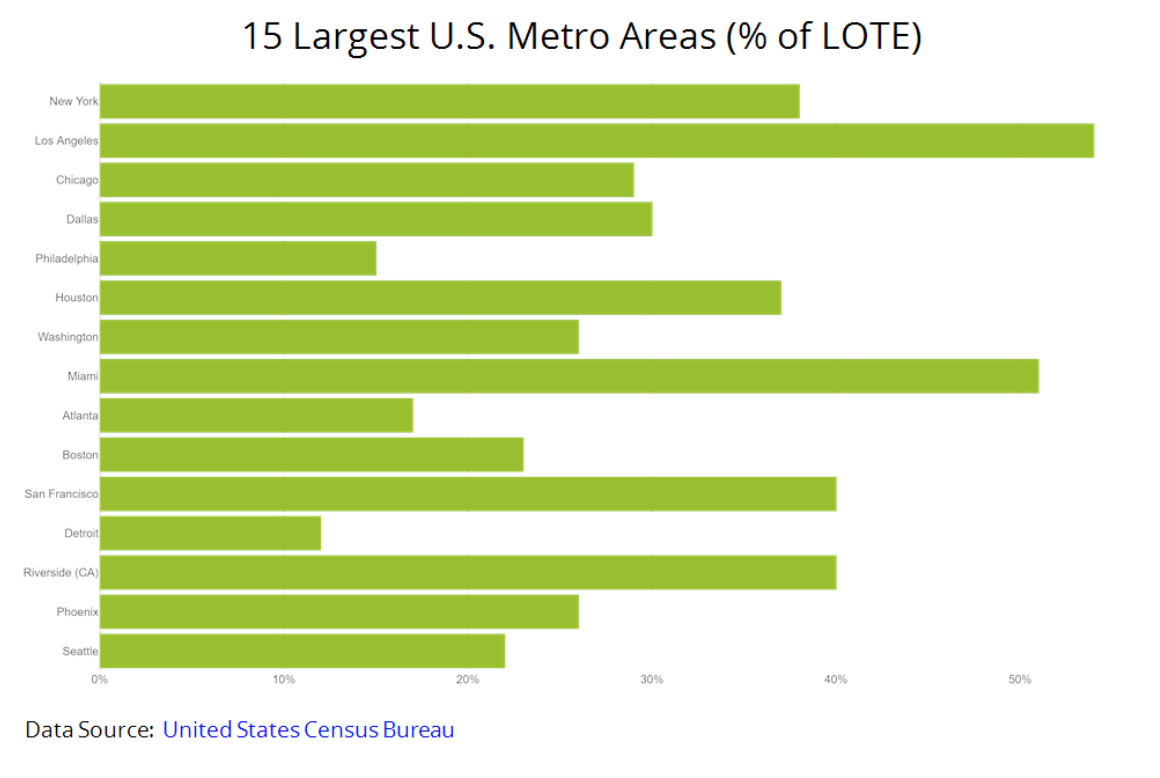 Throughout the United States, this multilingual landscape has greatly influenced government policies that began with several crucial pieces of legislation in the early 1960s.

Title VI and the Immigration and Nationality Act

In 1964, Title VI of the Civil Rights Act prohibited discrimination on the basis of race, color, and national origin in programs and activities receiving federal financial assistance, eventually setting the stage for language access rights for residents with limited-English proficiency (LEP). 1965 brought even further significant legislation when President Johnson signed Medicare into law and furthered immigration reform. Under the Immigration and Nationality Act, the old, discriminatory quota system was replaced with a seven-category preference system emphasizing family reunification and skilled immigrants which presaged a return to the ethnic and linguistic diversity that had so defined the United States for most of its history.

With an emphasis on skilled immigrants, the Immigration Act proved to be a catalyst for the soon-to-follow influx of nurses and physicians from Armenia, China, Iran, the Indian subcontinent, and the Philippines who now collectively form a significant percentage of healthcare workers in the United States. In fact, “[m]ore than one in four doctors in the United States was born in another country, and… many nurses, dentists, pharmacists, and home health aides are also immigrants.”1 And, while the linguistic diversity that these professionals bring with them often means they serve defacto double-duty as interpreters for patients from their countries of origin, this largely informal (and prohibited) system of interpreting has gradually been supplanted by medical interpreters trained specifically for the task at hand.

For federally-funded programs, the 1990s continued to see advancements in the area of language access rights such as the enactment of the Americans With Disabilities Act (ADA). In 1990, the ADA greatly accelerated the use of ASL interpreters for disaster preparedness warnings and most certainly for medical settings. Under the ADA, “[h]ealth care providers have a duty to provide appropriate auxiliary aids and services when necessary to ensure that communication with people who are deaf or hard of hearing is as effective as communication with others.”2 But the major leap forward in medical interpreting came with Executive Order 13166 in August 2001, “Improving Access to Services for Persons with Limited English Proficiency.” This order requires Federal agencies “to examine the services they provide, identify any need for services to those with limited English proficiency (LEP), and develop and implement a system to provide those services so LEP persons could have meaningful access to them.”3

In the ‘90s, the United States saw the rise of professional development in the field of medical interpreting with the establishment of national standards, training, and certification programs. Advancements in technology have also been instrumental in the rise of video conferencing and telemedicine. This means, for example, that a translator of South American Indian dialects based in Los Angeles or even in Bolivia could interpret for a Quechan migrant worker seeing a doctor in rural Michigan. This increased demand for medical interpretation has also been fueled by an aging immigrant population covered by Medicare which brings with it a strict adherence to Federal laws and regulations governing language access.

It should be noted that, with the current shift toward a valued-based model in healthcare services, healthcare professionals strive to improve overall patient experience and quality of care while lowering overall costs. With this in mind, the healthcare system as a whole aims to minimize any possibility of miscommunication with their LEP patients. This, in turn, makes it incumbent upon Language Service Providers (LSPs) to adhere to high standards of training and excellence for their healthcare interpreters.

By the turn of the 21st century, VRS became an available service to the Deaf and Hard of Hearing communities throughout the United States. VRS “enables persons with hearing disabilities who use American Sign Language to communicate with voice telephone users through video equipment, rather than through typed text.”5 As technology continued to advance, it wasn’t long before VRI also made its way into the healthcare sector, offering almost immediate access to a significantly larger pool of medical interpreters in even some of the rarest of languages. 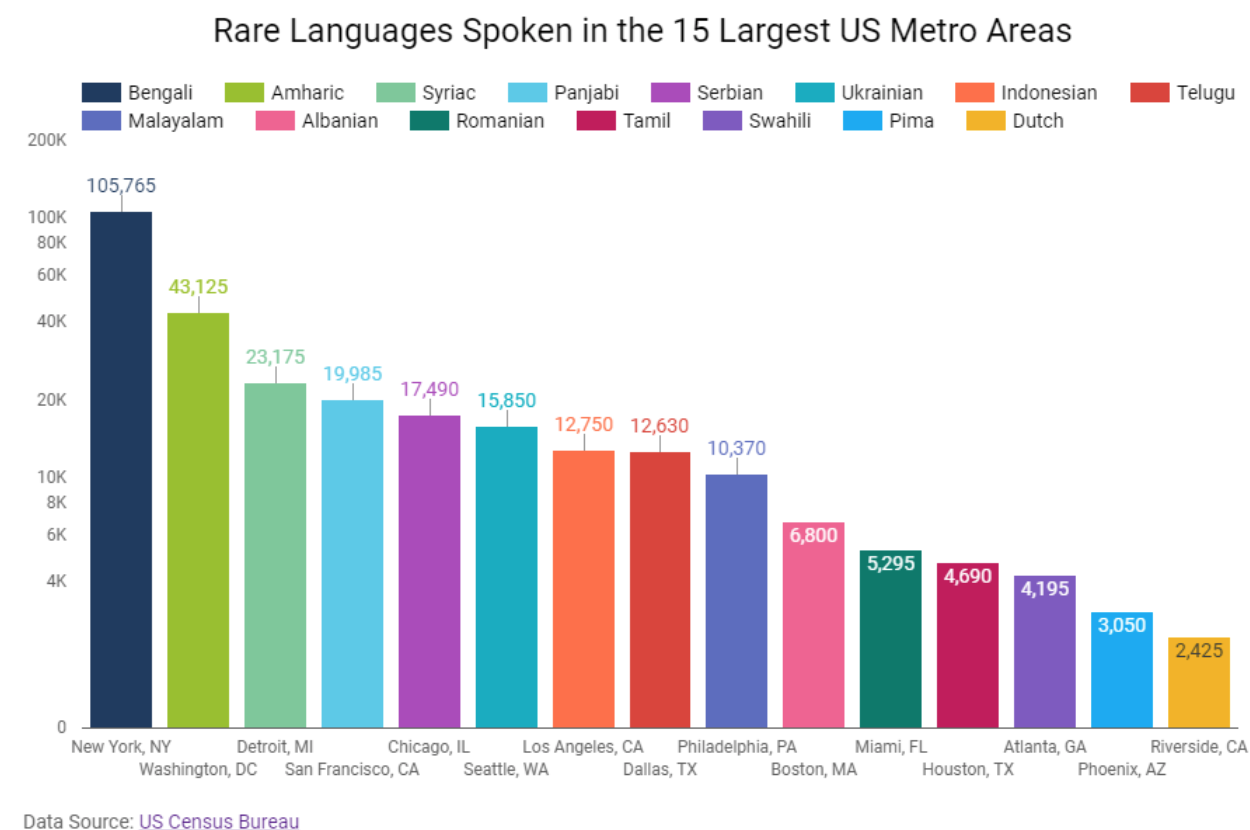 Although VRI is currently the least commonly-used modality, it is growing in popularity, and with the onset of COVID-19, it is likely to attract a lot more attention in the near future.

PGLS – We’re at the Forefront of Change

The COVID-19 crisis has created extraordinary distortions across the entire healthcare system, including medical interpretation. Even though no one can rule out another pandemic in our lifetime, we can depend on a return to relative normality within a few months at most. As such, patients will continue to fill hospitals for all the same reasons they did before, and millions of these individuals will possess low enough proficiency in English to require the services of healthcare interpreters. Despite political bumps on the road to immigration reform, the country will still draw millions to its shores who bring along their families. The future of the United States will remain one of an increasingly diverse and multilingual population. As such, flexible, technologically-innovative and strategically-positioned companies like PGLS will be right here to answer the call.

When it comes to healthcare interpreting, PGLS is at the forefront of change. Reach out today – we’re here to answer your call.