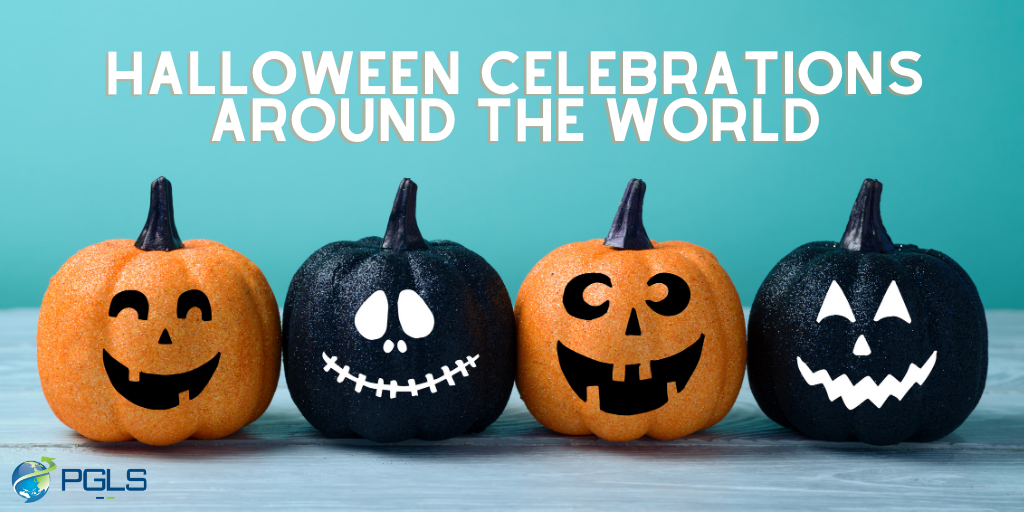 Halloween has become a treasured national holiday in the United States, synonymous with mid-autumn. Each year, children dress up in their favorite costumes and families decorate their houses and carve Jack-o-lanterns in preparation for a lively night of celebration, candy, spooky surprises, and perhaps a little mayhem, too! With COVID 19 forcing us to adapt our traditions this year, we thought it was the perfect time to reflect on our American Halloween traditions, while also taking a look around the world at how some other cultures celebrate this unique ‘other-worldly’ festival.

Halloween in the USA evolved from the Celtic tradition of Samhain, which came to the USA through Northern European immigrants—particularly Irish and Scottish. During the Great Famine in Ireland between 1845 and 1855, more than 1.5 million Irish refugees arrived at our shores, bringing with them their Samhain traditions. In fact, between 1820 and 1930, more than 4.5 million Irish immigrants joined our nation and contributed to our shared American culture.

In the early 1900s, modern Halloween began to take shape with the advent of paper decorations and postcards. By the 1930s, costume wearing took hold and by the 1950s,  trick-or-treating gained popularity. Ever since then, this holiday’s allure has only grown, with an annual tradition of pumpkin carving, decorating the house with fake spiders, webs, bats, and other such spooky accoutrements, and watching horror movies. Halloween culture has even been embraced by retail, music, television and film industries to become one of the most economically lucrative celebrations of the year.

This popular, multi-day Mexican festival coincides with the Catholic celebration of All Saints’ Day on  November 1st, and lasts for  two days. Families gather to remember and celebrate loved ones and shared ancestors. 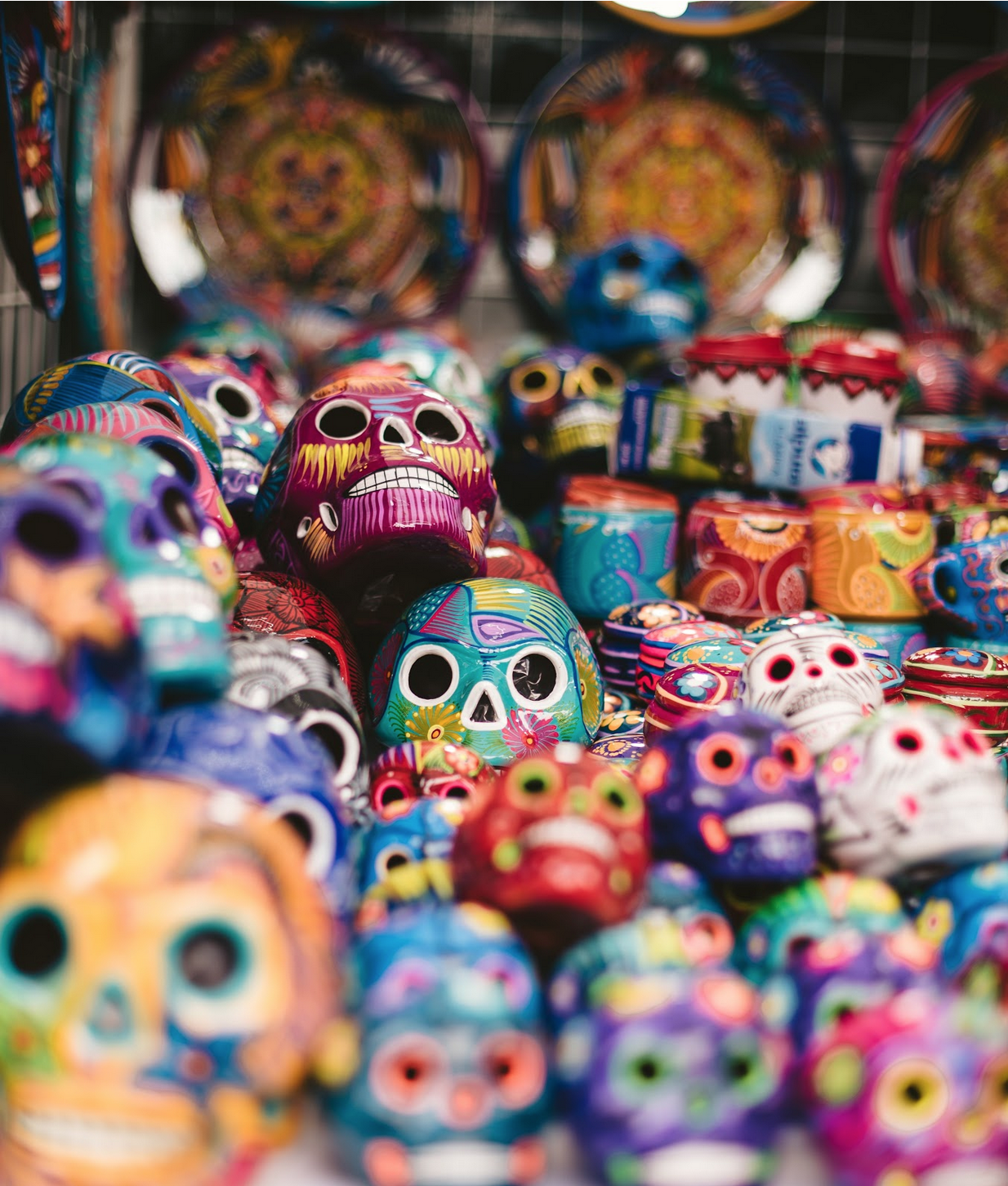 Yet, far from being a sombre or sad occasion, Dia de los Muertos is a vibrant, joyful expression of love for life and respect for those who have lived before us. With music, dancing and much frivolity, you might come across the iconic calacas and calaveras (depictions of skulls and skeletons) painted with bright colors on the faces of beautifully dressed women. This tradition helps include the dead in the festivities, and symbolically is a way to unite them with the living, sharing in the enjoyment of life.

This was an ancient Celtic festival celebrated primarily in Ireland and Scotland as a New Year celebration and one of the most significant days of the year. Falling on October 31 and continuing into the first days of November, Samhain began after the harvest and ushered in the ‘dark’ winter with bonfires and festivities. 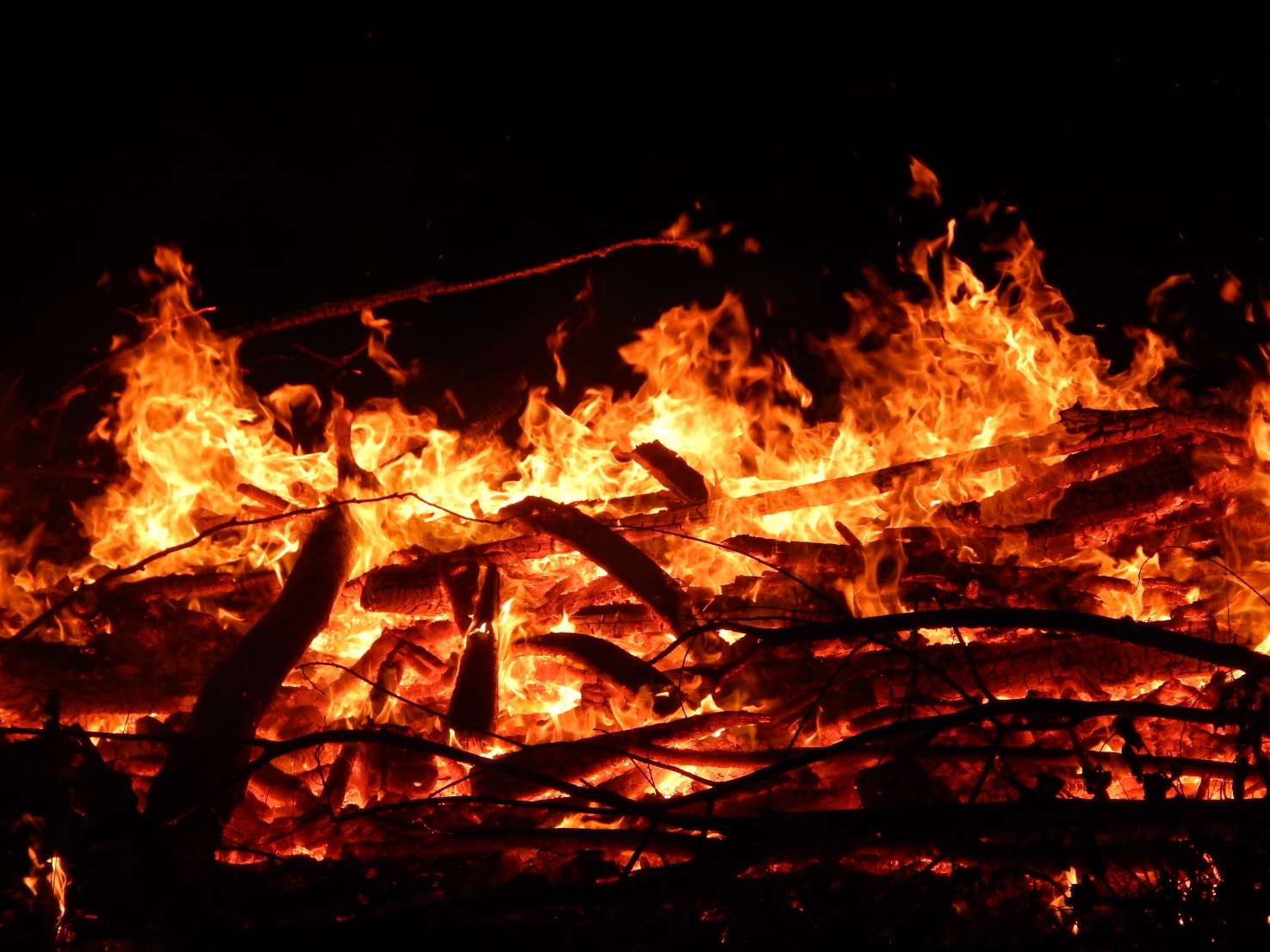 It was also believed that the barrier between realms was permeable during Samhain, allowing deceased ancestors to cross over as invited by their families. Alas, other sinister creatures had the opportunity to cross over as well. People would dress as animals and leave offerings for fairies and monsters for protection. Today, bonfires are supplemented with bobbing for apples, trick-or-treating, and the making of ‘barmbrack’ with a hidden ring for good luck.

Dzien Zaduszki is a Polish religious celebration of All Souls’ Day celebrated on November 1st. Families place flowers, lights and gifts on graves of departed relatives. It’s seen as a solemn day of remembrance.

With Vatican City in the heart of Rome, and their culture steeped in religious history, Italy’s Tutti di Morti celebration on November 1st is also a devout celebration. However, in parts of Sardinia, they celebrate with pumpkin carving and other familiar Halloween traditions like trick-or-treating, usually dressed as ghosts. Spooky!

Of course, it wouldn’t be Halloween without a vampire. In Romania, tourists are fascinated by Bran Castle in Transylvania, coming each year to celebrate Halloween at the legendary home of Vlad III ‘The Impaler’. While Vlad was not a vampire, this 15th Century ruler definitely had a thirst for spilling blood, being responsible for 80,000 killings and 20,000 impalements.

It was Bram Stoker’s 1897 Gothic novel ‘Dracula’ that brought the mythic vampire legend to worldwide attention. Some say the iconic vampire ‘Count Dracula’ was based partially on Vlad III. His novel certainly went a long way to making vampire folklore so central to modern culture. Romania even offers tours and parties at Count Dracula’s castle during Halloween. No thanks! 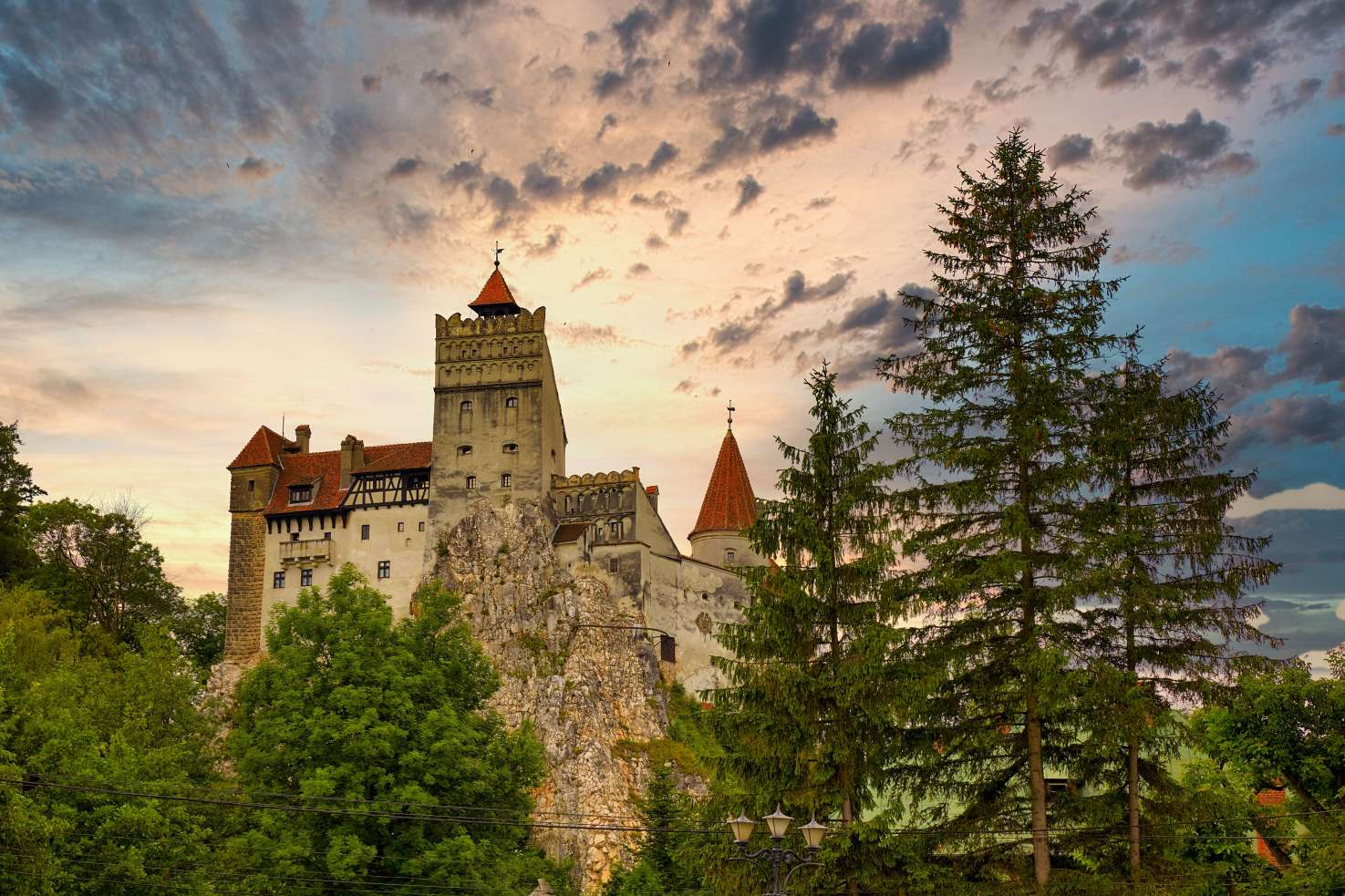 With a festival lasting almost 6 months, Nigeria’s Awuru Odo is an extravagant festival that celebrates the return of deceased relatives and friends to the land of the living. Occurring once every other year, Awuru Odo involves its own unique masks, dancing, music and feasting.

Also called Wag festival, this ancient Egyptian festival comes from the age of Pharaohs. Originally dedicated to Osiris (the God of life, death, resurrection and the afterlife),  this festival also remembers passed loved ones, facilitating their journey to the afterlife. Usually occurring during the flood season between June and September, paper boats are set on the river Nile, followed by a number of festivities.

, or “Hungry Ghost Festival”), this Buddhist and Taoist celebration can be found in China, Taiwan, Singapore, Japan, Korea, Vietnam, and elsewhere throughout East and Southeast Asia.. The 7th month of the lunar calendar is referred to as Ghost Month; the 15th ‘Ghost Day’. Similar to the origins of Halloween, this festival is based on Heaven, Hell, and Earth being open, allowing deceased spirits to temporarily return. Rituals to help departed souls enter Heaven are performed, incense and paper money are burned, and meals are served to empty seats at family gatherings to include the dead in the celebration. 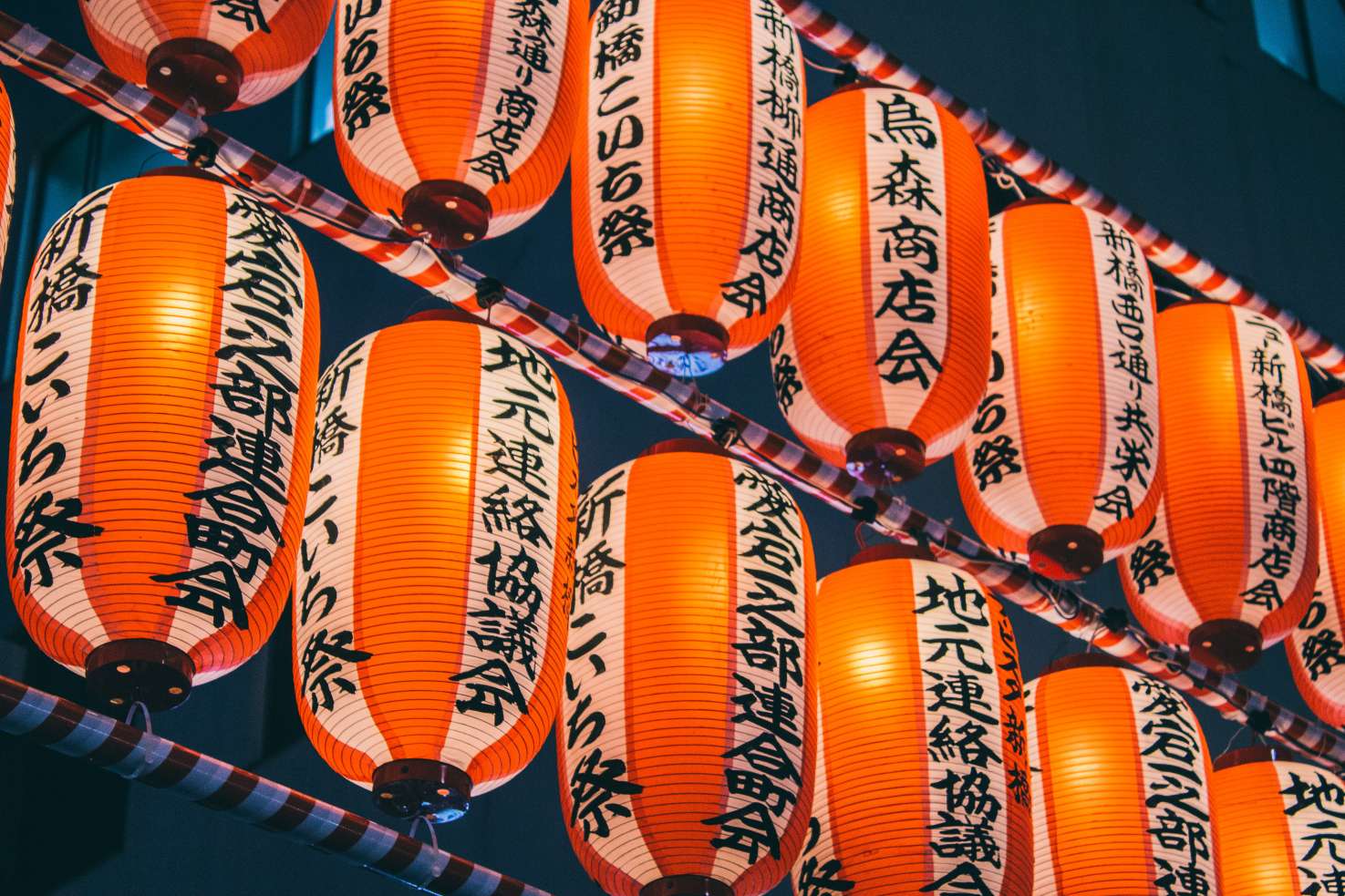 This Japanese Buddhist festival takes place between July and August over three days. Its purpose is to honour ancestral spirits and ceremoniously bring them back to their families. Traditions also include lighting lanterns (though definitely not pumpkins) and hanging them outside homes and lighting fires to help guide spirits.

Families even make a pilgrimage to wash relatives’ graves with water. Offerings of ozen (gifts) are a way to treat loved ones as though they’re still alive, thus binding them to the living for the festival period. Traditional bon odori dancing and accompanying celebrations contribute to making this festival both uplifting and beautiful.

At PGLS, we love to celebrate all cultures. Only by appreciating the rich diversity that shapes our world can we hope to communicate in a meaningful way. Contact us to find out how we can help you say “Happy Halloween” in any language!