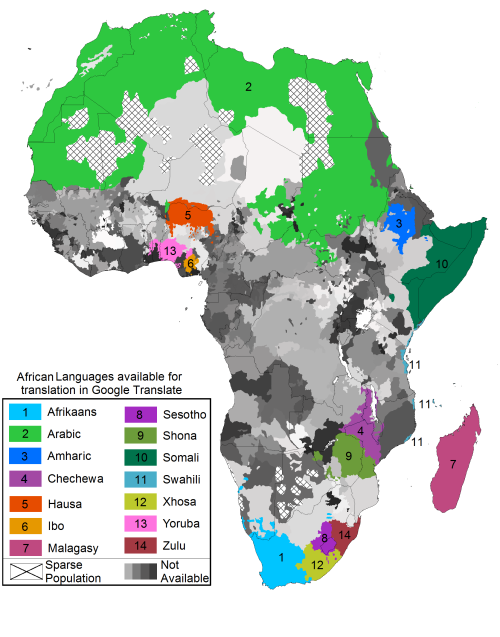 The Number of Swahili Speakers is Rising
Swahili is the official language of the East African countries of Tanzania, Kenya and the Democratic Republic of Congo. It is also the common language used by the peoples of East and Central Africa.

Estimates of the number of people who speak Swahili vary and range between 2 million and 15 million (See “Swahili Language”, https://en.wikipedia.org/wiki/Swahili_language). The number of speakers continues to expand as the need for unification to share a common language for commerce, education, and culture ties increase. Current generations of Africans within the East and Central regions speak or study Swahili as a primary or as a secondary language.
Further Swahili speaking populations are growing in other countries with current migration and immigrations of Africans to other countries. Due to growth patterns, it is believed that Swahili will become a leading world language. (See University of Virginia: Swahili Website https://faculty.virginia.edu/swahililanguage/Where%20it%27s%20Spoken.html )

Swahili is Used in Worldwide Communications and Arts
Swahili is used widely in radio communications throughout the world. The British Broadcasting Communications (BBC), Radio Cairo, and Voice of America are some of the radio stations that broadcast in Swahili.
Further, the Swahili language has been celebrated in the arts, most notably with the Disney movie, “The Lion King,” Swahili words are sprinkled throughout the movie, with Simba (Lion), Rafiki (Friend), Sarabi (Mirage) and, Pumbaa (foolish). See “10 Things You Didn’t Know about The Lion King,” https://ohmy.disney.com/movies/2014/10/11/10-things-you-didnt-know-about-the-lion-king/)
Similarly, the theme song of the movie, “Circle of Life” also contains Swahili chants as background music https://www.youtube.com/watch?v=GibiNy4d4gc

Celebrations of Swahili music are readily available. Many feature the ululation of female singers, a trilling sound to express joy and greetings.

The time is ripe to learn the beautiful language of Swahili. Expand your cultural and career opportunities with Swahili now!