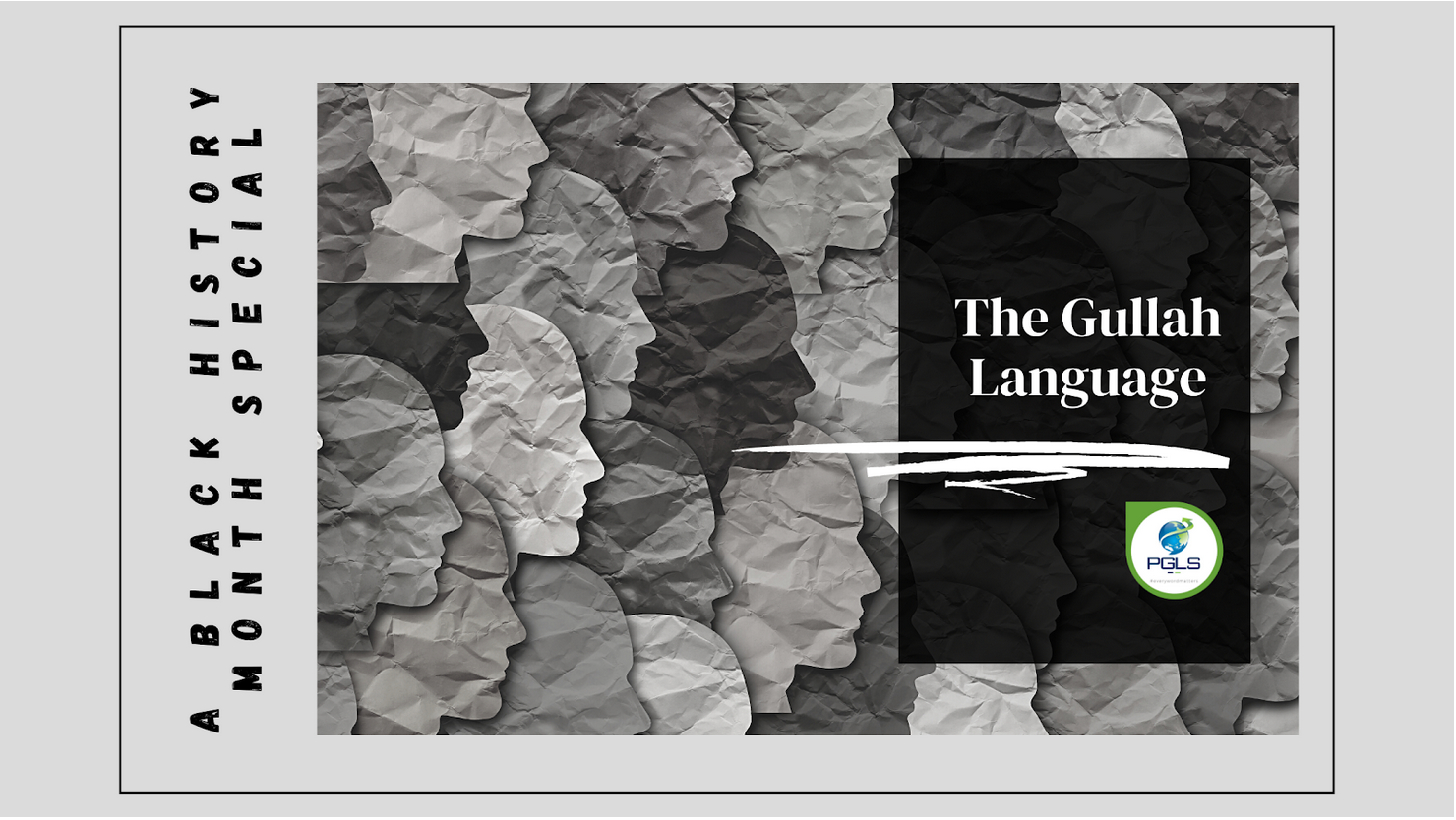 The first “official” Black History Month was inaugurated in February of 1969, just one year after it was first suggested by the Black United Students and Black lecturers of Kent State University. Six years later, in 1976, Black History Month was being celebrated at universities and African-American cultural centers and community organizations all across the US. That same year, US President Gerald Ford recognized Black History Month when he urged Americans to “seize the opportunity to honor the too-often neglected accomplishments of Black Americans in every area of endeavor throughout our history”. This later carried across the globe, giving rise to the recognition and celebration of Black History Month in the United Kingdom in October 1987.

This week, as part of our recognition of Black History Month, we’ll take a look at the Gullah Language, an important linguistic and cultural vestige in the history of African-Americans in the US.

Gullah; also known as Geechee or Gullah-English is an English-based, creole language spoken by the Gullah People, an African-American community spanning the coastal area of Georgia and South Carolina. The language carries with it a long and fascinating cultural history. There are currently only about 5,000 speakers of the gullah language throughout this area, marking the Gullah language and culture as endangered. While the younger generation use it less as time goes by, the older generations of Geechees are the ones keeping the language alive and cultural traditions alive.

The Origin of the Gullah Language

The origin of Gullah is somewhat cloudy, and scholars have various theories. Some believe that it was independently developed on the sea islands off the coast of Georgia, Florida, and the Carolinas by enslaved Africans, combining English along with several varieties of languages spoken in Western and Central Africa. Notably, Gullah shares many specific similarities with the Krio language from Sierra Leone. Krio is the native language of the Krios, descendants of freed slaves. Krio has also become the lingua franca and the most widely spoken language in Sierra Leone. In fact, these two languages are so similar that they are — for all intents and purposes — mutually intelligible to a large degree. Another theory posits that Gullah evolved from a form of Guinea Coast Creole English, which developed in West Africa.

The first serious study into the Gullah language was published in 1949 by the late Dr. Lorenzo Turner. As a Black American, Dr. Turner was able to gain the confidence of the Gullah people, giving him unprecedented access to their language and the ability to shine a light on the hidden aspects of the language and unique cultural heritage.

Dr. Turner’s work first noted the significant influences to the Gullah language from Sierra Leone, pointing out the fact that all African texts preserved by the Gullah people are written in languages spoken in Sierra Leone. Moreover, most of the written passages collected by Dr. Turner are in Mende, a language spoken almost entirely in Sierra Leone. Of course, Gullah has also been heavily influenced by English. 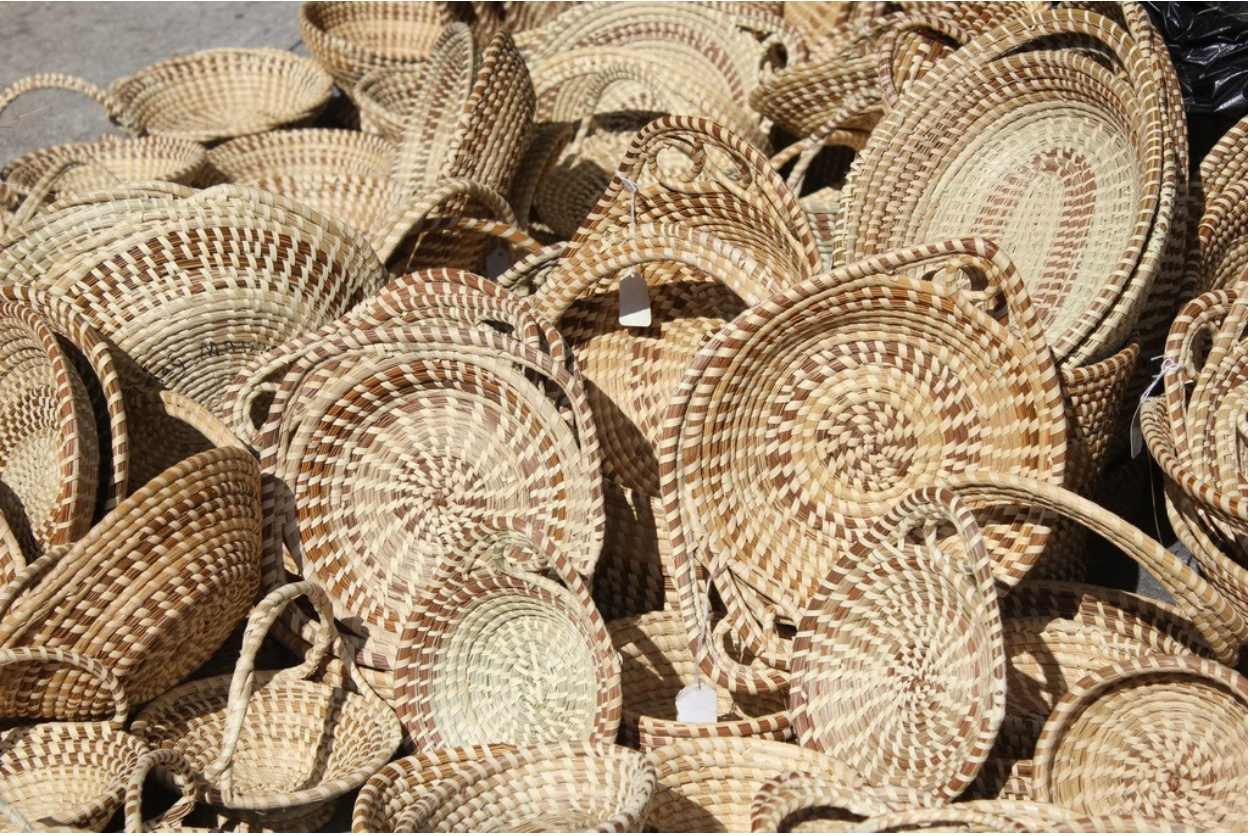 In more recent years, the Gullah people have been persistent in maintaining control of the traditional lands they call home. In 2005, the New Testament was translated into the Gullah language by the community, a process that took more than 20 years to complete. Also, in 2006, the US Congress passed the “Gullah/Geechee Cultural Heritage Corridor Act” which provided US$10 million to the preservation of historic sites related to Gullah culture. This “heritage corridor” extends from southern North Carolina to northern Florida, and is a collaboration by the US National Parks Service and the Gullah Community.

While the Gullah have become a source of inspiration and symbol of cultural pride for many black communities throughout the US, the survival of the Gullah culture is endangered, as many young people choose to leave their ancestral lands for economic and educational reasons. However, the Gullah people have not been content to sit by and let this happen. To combat this issue, communities in New York have established their own churches within Queens, Harlem, and Brooklyn, along with a tradition of parents sending their children to live with their grandparents in the rural communities in South Carolina and Georgia during the summer months to help maintain the language, culture, and traditional foods alive. Many Gullah people living in New York also travel regularly to the Lowcountry and often choose to retire there.

At PGLS, we celebrate the diversity of languages and culture in the US and beyond. Contact us today to find out more.